The Times of Earth, International Edition
0
205 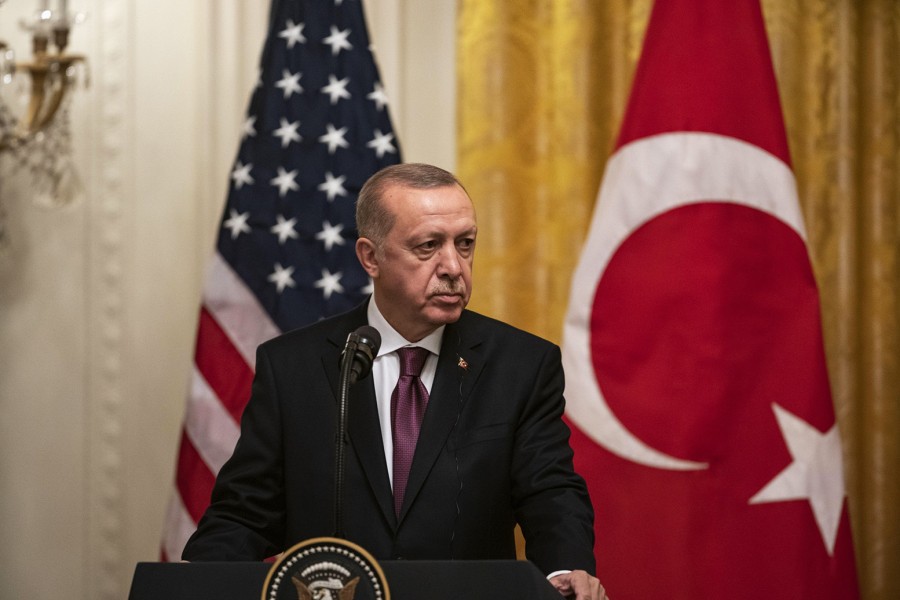 Turkey summoned the U.S. ambassador to Ankara on Monday to convey “in the strongest terms” its reaction to a statement on the killing of 13 Turks captured by Kurdish militants, which President Tayyip Erdogan called “a joke”.

Turkey said on Sunday militants from the outlawed Kurdistan Workers Party (PKK) executed the captives, including Turkish military and police personnel, amid a military operation in northern Iraq where the group was holding them.

The United States said it stood by fellow NATO member Turkey and that it condemned the killings if it was confirmed that responsibility lay with the PKK.

Ankara, already angered by Washington’s partnership with Kurdish fighters in neighbouring Syria, was infuriated by the conditionality of the U.S. statement.

The United States and European Union have designated the PKK a terrorist organisation, but in Syria U.S. forces have been deployed alongside Kurdish YPG fighters who Ankara considers to be inextricably linked to the PKK.

“Now there is a statement made by the United States. It’s a joke. Were you not supposed to stand against the PKK, the YPG? You clearly support them and stand behind them,” Erdogan told supporters of his AK Party in the Black Sea city of Rize.

Turkish Foreign Minister Mevlut Cavusoglu also complained on Monday about silence from “countries that are supposedly claiming to battle terrorism”, adding they were trying to “gloss over” the issue “with ifs and buts”.

Since Joe Biden was elected U.S. President last year, Turkey has repeatedly said it wants to improve strained ties with the United States, but U.S. support for the YPG has infuriated Ankara and remains a big disagreement between the allies.

Erdogan said that Ankara would continue its cross-border operations into Iraq against the PKK, which has waged a decades-old insurgency in mainly Kurdish southeast Turkey in which more than 40,000 people have been killed.

“If we are together with you in NATO, if we are to continue our unity, then you will act sincerely towards us. Then, you will stand with us, not with the terrorists,” Erdogan said.

He said nobody could criticise Turkey’s cross-border operations in Syria or Iraq after the killings, and countries must choose between Turkey and the militants.

WHO authorizes AstraZeneca’s COVID vaccine for emergency use