Turkey says it has retaliated after deadly Syrian shelling

The Times of Earth, International Edition
0
766 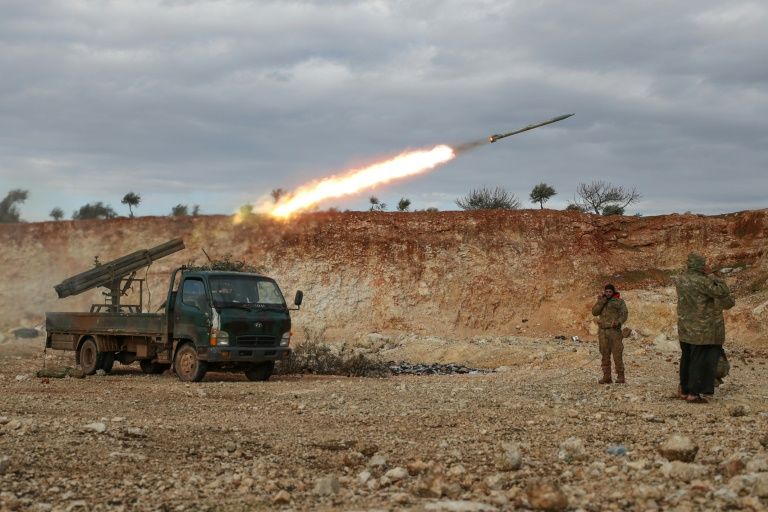 Turkey said it retaliated Monday after “intense” shelling by Syrian forces killed five of its soldiers and wounded five others in Syria’s northern Idlib province, a marked escalation a week after a similarly deadly clash between the two sides.

The exchange of fire came as a Russian delegation held a second round of talks in the Turkish capital of Ankara to discuss the fighting in Syria’s Idlib province, which has uprooted more than a half-million people in the past two months. No immediate statement was issued at the end of the talks.

The fighting in Idlib led to the collapse of a fragile cease-fire brokered by Turkey and Russia in 2018. Turkey supports the Syrian rebels, while Russia heavily backs the Syrian government’s campaign to retake the area, which is the last rebel stronghold in Syria.

“This could well prove to be the largest number of people displaced in a single period since the Syrian crisis began almost nine years ago,” Swanson said, reiterating the call for an immediate truce.

The fighting has led Turkey to send hundreds of military vehicles and troops into Idlib province in the past week, bringing both countries’ forces into direct confrontation, which has been rare in the Syrian conflict.

Eight Turkish military and civilian personnel and 13 Syrian soldiers were killed in a clash in the province last week. Turkey has warned Syria to retreat to the cease-fire lines that were agreed in 2018.

In reporting the death of five of its troops and wounding five others, a Turkish Defense Ministry statement said Turkish artillery immediately responded to the attack by Syrian government forces, destroying targets. The statement added that the troops that were attacked on Monday were reinforcements sent to Idlib.

“Our fire support vehicles immediately fired on the targets with intensity and the necessary response was given,” the ministry said. The statement did not say where the attack took place but news reports said it was at Taftanaz, where Turkish troops were allegedly trying to set up a base.

The Syrian Observatory for Human Rights, an opposition monitoring group, gave a higher casualty toll, reporting that six Turkish soldiers were killed and seven were wounded in the Syrian government shelling at the Taftanaz air base. It added that four Syrian rebels were also killed in the shelling.

Omer Celik, the spokesman for Turkey’s ruling-party, said it was out of the question for the Turkish troops to vacate the observation posts in Idlib, adding that Turkey would continue to respond to “systematic” Syrian government attacks

“The Turkish will carry out the necessary work to ensure that the (Syrian) regime retreat from the line it has violated with the aggression,” Celik said.

Turkish Foreign Minister Mevlut Cavusoglu said Turkish and Russian delegations exchanged proposals over the situation in Idlib during a first meeting in Ankara on Saturday. The Russian team returned to Ankara on Monday from a visit to Jordan for further discussions, he said.

“If a compromise had been reached, there would have been no need for today’s meeting,” Cavusoglu told reporters. He said the Turkish and Russian leaders could step in if no compromise is reached.

Syria’s military has vowed to continue its campaign.

An early morning airstrike on the village of Ibbin in a rebel-held region of Aleppo province near Idlib killed nine people, including six children, according to activists from the Observatory and the Step news agency, an activist collective. At least 10 people were wounded.

The Syrian government’s campaign appears to be aimed at securing a strategic highway in rebel-controlled territory for now, rather than seizing the entire province and its densely populated capital, Idlib.

The government-controlled Syrian Central Military Media released a map of the area of fighting showing that Syrian troops only have 15 kilometers (9 miles) left from seizing full control of the strategic highway, known as the M5. The highway links the national capital of Damascus with the country’s north, which has for years been divided between government and opposition forces.

The attack was the latest in a series of explosions in Turkish-controlled regions that have killed and wounded scores of people. Turkey has blamed the Syrian Kurdish militia, known as the People’s Protection Units.

The bomb went off on a main street in the town of Afrin, which Turkey took control of following a military incursion in 2018, Anadolu reported. It said some of the wounded were in serious condition, adding that the death toll was likely to rise.

China stutters back to work as virus deaths rise