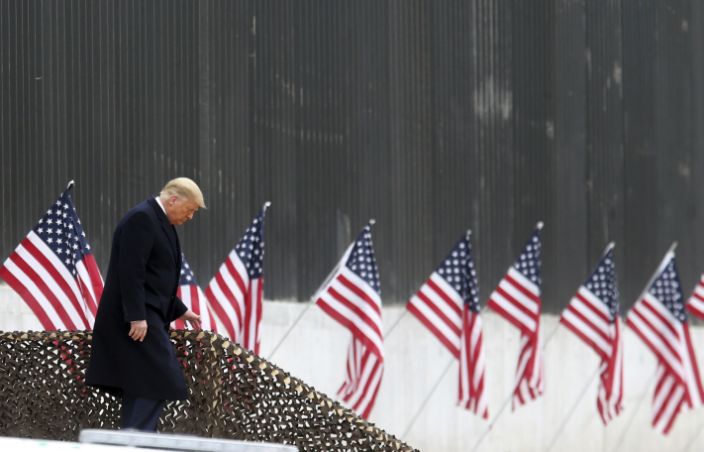 President Donald Trump walks down the steps before a speech near a section of the U.S.-Mexico border wall, Tuesday, Jan. 12, 2021, in Alamo, Texas. (Delcia Lopez/The Monitor via AP)

President Trump, in a statement released by the White House, has urged “NO” violence, lawbreaking and vandalism” at pre-inauguration demonstrations.

The statement comes days after an internal FBI bulletin warned against “armed” protests in all 50 states and the US capital in the days leading up to the January 20 inauguration.

Trump released a tweet-sized statement through the press office on Wednesday, which was promptly read by Rep. Jim Jordan, R-Ohio, on the House floor.

Trump wrote: “In light of reports of more demonstrations, I urge that there must be NO violence, NO lawbreaking and NO vandalism of any kind. That is not what I stand for, and it is not what America stands for. I call on ALL Americans to help ease tensions and calm tempers. Thank You.”

The Trump campaign also sent the statement to supporters over text message.

The White House released the statement as the House debated an article of impeachment against.