The Times of Earth, International Edition
0
891 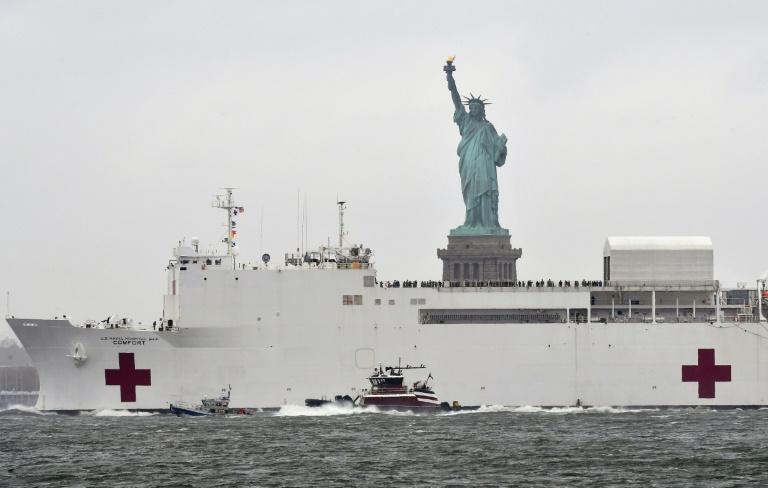 Donald Trump has said he has seen evidence the new coronavirus originated in a Chinese lab, an assertion that threatened on Friday to turn a global health emergency into a diplomatic crisis.

The US president’s statement was immediately undermined by intelligence officials and top diplomat Mike Pompeo, who said: “We don’t know precisely where it began.”

But the claim — already denied by Beijing — could stir tensions even as the World Health Organization asks to be allowed to take part in a Chinese investigation into the “animal origins” of the pandemic.

The lockdowns that have frozen the global economy for weeks continued to ease, with South Africa and Austria allowing some businesses to reopen from Friday, joining other parts of Europe and some US states that have begun to emerge in the last few days.

But optimistic news was tempered by a further haemorrhaging of jobs, with 30 million Americans newly unemployed since lockdown began, and Spain joining its European neighbours in confirming an economic collapse.

Spain’s Finance Minister Nadia Calvino said its economy was projected to shrink by 9.2 percent in 2020 — after growing by two percent last year — while unemployment would jump to 19 percent from an already high 13.8.

Underlining the slump in consumer demand, Irish airline Ryanair said it was slashing 3,000 positions, forecasting passenger numbers would not recover until mid-2022.

While death rates slowed in most of Europe, the global toll from the pandemic has now topped 230,000.

But speculation — reinforced by internet rumours and America’s right-wing radio shock jocks — has swirled about a top-secret lab, and seems to have been taken up by the US president.

Asked if he had seen anything to make him think the Wuhan Institute of Virology was the source of the outbreak, Trump replied: “Yes, I have.”

But he refused to give details and Secretary of State Pompeo indicated he had not seen definitive evidence.

The Office of the Director of National Intelligence said analysts would “continue to rigorously examine emerging information and intelligence to determine” the origin of the outbreak.

In Geneva, a spokesman for the World Health Organization (WHO), said several investigations into the source of the virus were going on, adding that the global agency was “not currently involved in the studies in China”.

“WHO would be keen to work with international partners and, at the invitation of the Chinese government, to participate in investigation around the animal origins,” Tarik Jasarevic told AFP

Beijing has denied the lab was the source of the virus.

Last month foreign ministry spokesman Zhao Lijian said WHO officials “have repeatedly stated that there is no single evidence that the new coronavirus was produced in a laboratory”.

“Many well-known medical experts in the world also believe that the so-called laboratory leak hypothesis has no scientific basis,”

Trump is making Beijing’s handling of the outbreak a major issue for his November re-election campaign.

When asked about reports that he could cancel US debt obligations to China, Trump said he could “do it differently” and act in “more of a forthright manner”.

“I could do the same thing but even for more money, just putting on tariffs,” he said.

The coronavirus has infected at least 3.2 million people so far, with Russia’s Prime Minister Mikhail Mishustin becoming the latest high-profile figure to test positive as his country’s caseload surged past 100,000.

But there was some reason for cheer.

Neighbouring Austria followed suit on Friday with people allowed to go out again freely and gather as long as the group does not exceed 10 people — or 30 for funerals.

Those who do not live in the same household must remain one metre (three feet) from each other. Masks must worn in shops and public buildings and on public transport. Hairdressers and bigger shops are expected to open again from Saturday.

Italy, once the world centre of the outbreak, said it was hoping to reopen two major airports next week but would move slowly.

And British Prime Minister Boris Johnson, recovering from COVID-19, said his country — which has the world’s third-highest death toll, behind the US and Italy — would publish a roadmap next week on easing restrictions.

Malaysia said it would reopen for business next week, and Australia’s government said it could begin easing restrictions soon.

Balcony protests and e-rallies as epidemic curtails May Day demos