The Times of Earth, International Edition
0
125 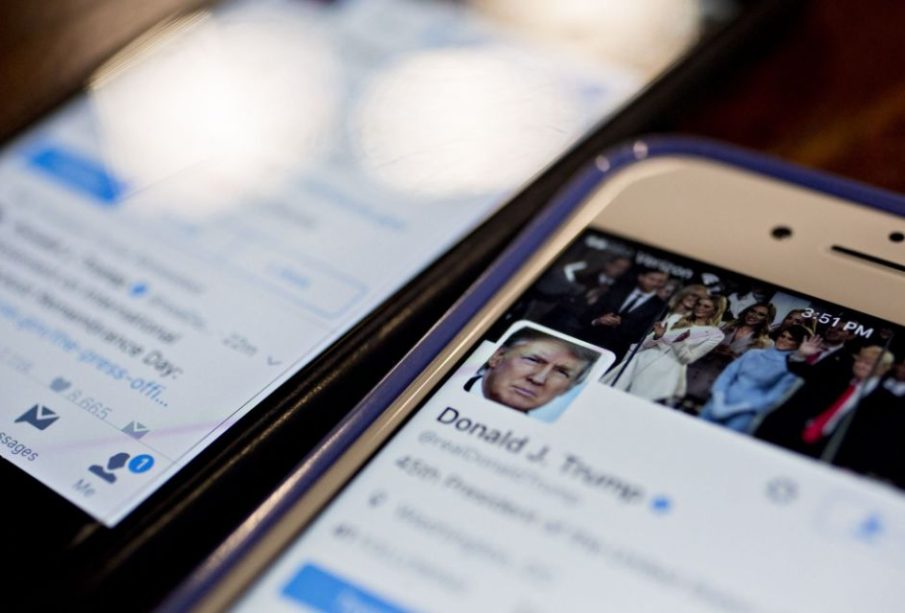 Twitter Inc. and Facebook Inc. suspended Donald Trump’s accounts for the first time, finally escalating their crackdown on the president’s social media posts after he encouraged and supported rioters at the U.S. Capitol. Snap Inc. later joined them in blocking his ability to post to Snapchat.

Twitter required Trump to delete certain posts after “repeated and severe” violations of its rules on election misinformation, including a video sending love to the violent uprising in Washington protesting his November loss to Joe Biden. The same video was also removed by Google’s YouTube and helped tip the scales at Facebook, which said it’s banning Trump’s page from posting for 24 hours and extended the block to its Instagram photo-sharing service as well.

“As a result of the unprecedented and ongoing violent situation in Washington, D.C., we have required the removal of three @realDonaldTrump Tweets that were posted earlier today for repeated and severe violations of our Civic Integrity policy,” Twitter wrote in a post on its site. A spokesperson confirmed that Trump has since deleted the tweets, which means he’ll regain his posting privileges after a 12-hour suspension.

Read more: Republicans Recoil From Trump as Violence Proves Too Much (3)

For years, social media — especially Twitter — has been Trump’s preferred way to disseminate information directly to the public. Since November, Trump has posted regularly without evidence that the presidential election was “rigged.” Twitter has labeled dozens of Trump’s posts as disputed or misleading and Facebook flagged misleading election posts by pointing users to trusted news sites, but Wednesday was the first time the president has been kicked off either platform even temporarily. Twitter threatened to ban Trump entirely if he continues to break the rules.

“Future violations of the Twitter Rules, including our Civic Integrity or Violent Threats policies, will result in permanent suspension of the @realDonaldTrump account,” the company tweeted from its @TwitterSafety handle.

Most of Trump’s Twitter messages appear simultaneously on Facebook, where they are spread widely among followers through sharing and commenting. The company recently started labeling misleading Trump posts with links to further context, such as information about Biden’s election win, but has generally allowed users to continue to share and react to his posts until Wednesday’s temporary ban.

The video that Trump was asked to remove on Twitter showed the president addressing rioters at the U.S. Capitol. Trump told them to “go home,” but also called the election result “fraudulent.”

Facebook, the world’s largest social network, said it’s appalled by the riots and is removing all praise of the insurrection at the Capitol, calls to bring weapons to certain locations across the U.S. and videos and photos from Capitol protesters. “At this point they represent promotion of criminal activity which violates our policies,” the company said in a blog post.

Another Trump tweet that was blocked, which appeared as the violence unfolded, read, “These are the things and events that happen when a sacred landslide election victory is so unceremoniously & viciously stripped away from great patriots who have been badly & unfairly treated for so long.”

Twitter has been under pressure for years to take a tougher stance against Trump’s account, which he often uses to spread inflammatory attacks and misinformation. Calls for Twitter Chief Executive Officer Jack Dorsey to ban the president were widespread on Wednesday. Trump’s supporters had gathered in Washington for a speech in which he encouraged them to demand the election be overturned.

In the past, Twitter has come up with other rules to limit the spread of Trump’s incendiary posts without removing them entirely, including warning labels that obscure the content of messages, arguing against their removal on the grounds of news value coming from a world leader. But Twitter has also taken a firmer line against Trump in recent months. Executives have said that Dorsey is not the final word on punishing elected leaders and that decision falls to its top policy executive, Vijaya Gadde.

Twitter first flagged a handful of Trump tweets for misinformation in May, setting off a more aggressive approach to the president’s posts in the midst of nationwide racial justice protests triggered by George Floyd’s death. Since November, dozens of Trump’s tweets have been hidden or labeled for mischaracterizing the election results. Shortly after the election, Twitter confirmed that when Trump leaves office in January, he will not be considered a world leader, and could be punished more severely for his violations.