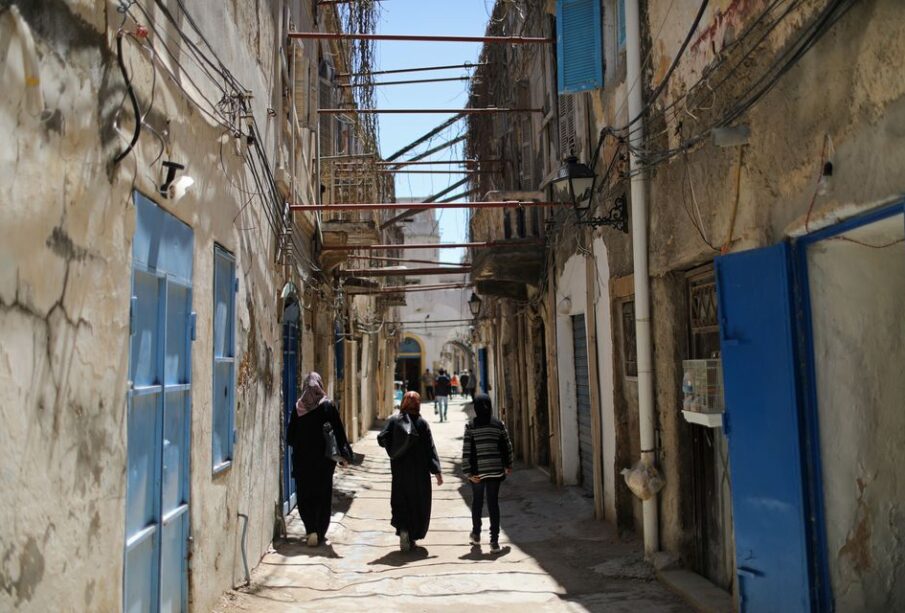 A long ceasefire has brought life back to Tripoli’s Algeria Square, its roundabout replanted with grass and customers lingering into the night at the Aurora Cafe, but Libya’s new crisis of two governments threatens to upend that peace.

Home to the city hall, post office and a mosque converted from the colonial-era Italian cathedral, Algeria Square plays a big role in the capital’s civic life. But it is also near likely front lines in a battle many Libyans fear may soon erupt.

The standoff worsened this week as the parliament in the east swore in a new administration while the incumbent in Tripoli refused to cede power.

The increased number of security vehicles racing through the capital’s streets are a sign of a crisis that could trigger fighting if no deal can be reached.

“My country is being destroyed daily, and we do not see elections, democracy, or a correct political process capable of ending this catastrophe that has become a nightmare,” said Jamal Obaid, a state employee in a street by Algeria Square.

A scheduled election in December was stopped amid factional disputes over the rules. On Thursday the parliament in Tobruk, in eastern Libya, appointed a new government despite the present administration in Tripoli refusing to cede power.

The incumbent prime minister Abdulhamid al-Dbeibah, installed a year ago in a U.N.-backed process, has denounced the parliament’s appointment of Fathi Bashagha to replace him and says he will only quit after a rescheduled election.

However, both men appear to believe they can count on support among the myriad armed factions whose gunmen wield true control over the streets of Tripoli. An expected move by Bashagha to enter the capital may trigger fighting.

Tripoli residents fear a resumption of the warfare that ended in summer 2020 after a failed 14-month assault by eastern forces that rained shells onto the city streets.

On the surface, life in the capital continues as usual with students going to classes, shops open and people sitting at their tables outside the cafes in Algeria Square and elsewhere.

The bursts of gunfire that occasionally punctuate the daily growl of traffic are still only those of wedding celebrations or armed men showing off to friends.

However, the armed factions are more noticeable than before, patrolling in larger convoys, setting down more checkpoints and surrounding government buildings.

During the 11 years of chaos that followed a 2011 NATO-backed uprising, most armed forces have been put on state payrolls and given semi-official titles, their forces wearing state uniforms with ministry insignias.

Bashagha, a former interior minister, says he is making arrangements to take office in Tripoli peacefully, implying he can secure the backing of enough armed factions for Dbeibah to quit without resistance.

But earlier this week, several powerful armed forces made a televised statement denouncing the parliament’s installation of Bashagha.

“After the elections failed… neither party wanted to share power with the other and this is the cause of Libya’s destruction,” said Mohammed Abd al-Mawla, 38, a medical company employee.

Kyiv digs in for battle as fighting flares in areas nearby