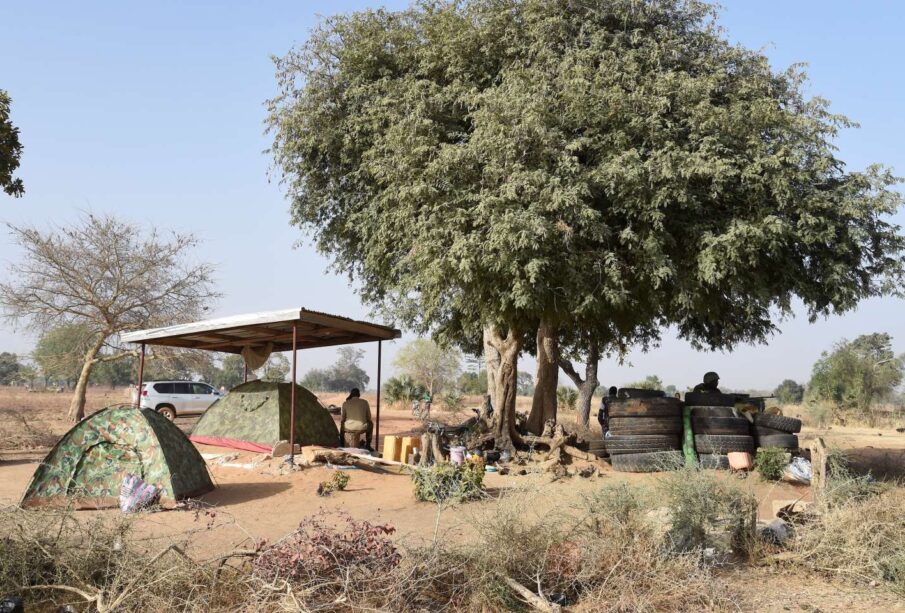 A Togolese soldier holding a machine gun keeps watch under a tree surrounded by used tyres as he monitors proceedings at Yemboate, the northern Togo border post with Burkina Faso, on February 17, 2020. - Togolese security agencies have intensified surveillance around border with neighbouring Burkina Faso, and with strong army presence to check and prevent incursion of Jihadists into the country. (Photo by PIUS UTOMI EKPEI / AFP)

Civilians in a part of northern Togo attacked by suspected Islamist militants last week have been fleeing their homes en masse to seek refuge in nearby cities, a local mayor said.

More than 25 people were killed in the attacks on four villages in the Kpendjal district, near the border with Burkina Faso, two local activists told Reuters. The government said a number of people were killed but did not say how many.

“People are leaving their villages en masse,” Arzoume Sambiani, the mayor of a part of Kpendjal, said in a statement on Monday.

He urged civilians to return to their villages and resume their everyday activities while avoiding travel after dark. Togo’s government declared a state of emergency last month across the wider Savanes region in the north.

Togo has experienced a spate of attacks this year linked to a spillover of jihadist violence that has ravaged its northern neighbours in the Sahel region over the past decade.

Militant violence previously confined to Burkina Faso, Mali and Niger has been spreading into coastal West African countries, including Benin and Ivory Coast, despite the presence of foreign troops across the region.