The Times of Earth, International Edition
0
805 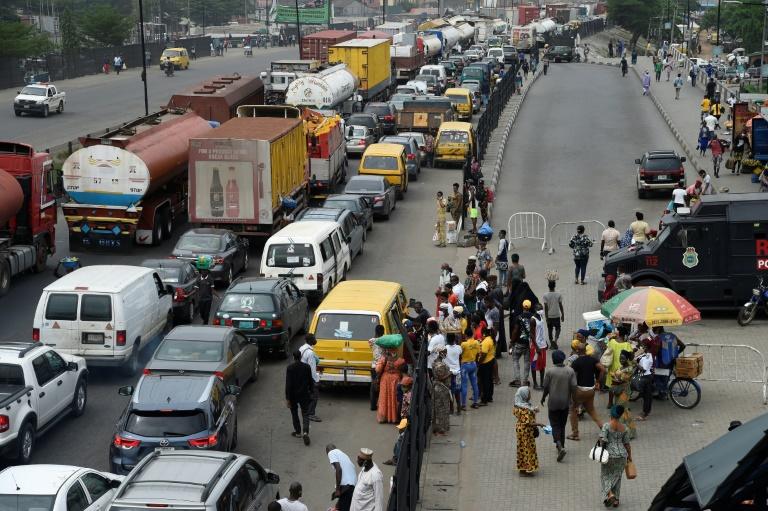 Africa’s biggest city, Lagos, got back to work on Monday at the end of a five-week coronavirus lockdown.

In the metropolis of 20 million, where exuberance and poverty live side by side, relief at being able to earn money once again was almost palpable, despite Nigeria’s mounting COVID-19 toll.

All shops seemed to be open, car parks were full and hawkers selling cool drinks, grilled meat and vegetables were pitching their wares on street corners as before, AFP reporters said.

Adewale Oluwa reopened his fruit and vegetable stall, carefully setting out a fine array of tomatoes. By 10 am, his customers were out in force and laughter was in the air as old acquaintances spotted each other.

“We were so impatient” for the confinement to end, Oluwa said.

Minibus stations were as busy as before the lockdown, although touts wore masks as they called out to passengers.

Nigeria follows South Africa, the continent’s other economic giant, which returned to work on Friday. Rwanda, a fast-expanding economy in East Africa, partially ended a strict six-week-long lockdown on Monday.

Many people said they were glad to be back earning money — upwards of 83 million of Nigeria’s nearly 200 million population live on the equivalent of less than $1 per day, the National Bureau of Statistics (NBS) said in a report on Monday.

For those without savings or working in the informal sector, the lockdown was a cruel blow.

“It was really a big loss,” Oluwa said.

“You know, we sell perishable (food), so we need to open every day. So to lock down for weeks was (a) big issue for us.”

Bus driver Ganiyu Ayinla said: “It’s been over one month of hunger and suffering.

“I can now make money to take care of my family,” he said, smiling as he braked at a busy stop to pick up passengers.

From the Ajegunle Tollgate, an area bordering Ogun State, a long queue of passengers waited to board.

Security agents and transport union officials were on hand to ensure drivers complied with directives requiring social distance, face masks, hand washing and use of hand sanitisers before boarding.

“We will only allow passengers with a nose mask to enter. And only drivers that make provision for water, soap and hand sanitisers for their passengers can operate. Buses are also required to carry not more than 60 percent of their capacity,” a police officer who gave his name as George, told AFP.

He said his team had prevented some 50 buses flouting the order on Monday morning.

Huge numbers of people rushed to the reopened banks to get money — many did not have an ATM card to withdraw from a cash machine.

“Look at this mess, there’s no social distancing,” said a driver, Anderson Kiagbodo, observing hundreds of people milling outside a branch of GT Bank, with security guards standing impotently nearby.

“Don’t be surprised if the spread of the virus explodes after this.”

– From lockdown to curfew –

But in the face of mounting social distress and discontent, President Muhammadu Buhari last week ordered a “phased and gradual easing,” replacing the lockdown with an overnight curfew.

The relaxation has triggered deep concern in some quarters, given how easily the coronavirus spread and the poor state of Nigeria’s health system.

According to official figures, nearly 2,500 cases of coronavirus have been recorded in Nigeria, leading to 87 deaths.

But as elsewhere, the true scale of the epidemic could be much greater, given the paucity of testing.

In the northern state of Kano, investigators determined that a spate of fatalities — previously described as “mysterious deaths” by the authorities — was largely caused by COVID-19.

“Coronavirus is presently the major cause of the mass deaths in Kano,” Nasiru Sani Gwarzo, whose team carried out door-to-door research, said on Sunday.

Gwarzo did not provide a figure for the fatalities, although gravediggers say they have been burying dozens of corpses per day.

Kano had seen a series of high-profile deaths including academics, bureaucrats, businessmen and traditional leaders.