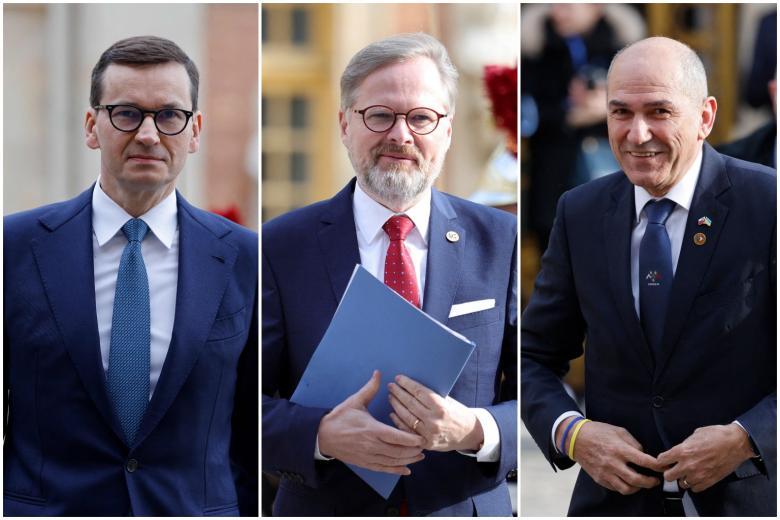 The prime ministers of the Czech Republic, Poland and Slovenia were travelling to Kyiv by train on Tuesday to show support for the country on behalf of the EU, the first foreign leaders to visit the Ukrainian capital since Russia invaded last month.

Kyiv has been under Russian attacks: two powerful explosions rocked the capital before dawn on Tuesday. Emergency services said two people died when an apartment building was struck.

“At such breakthrough times for the world, it is our duty to be where history is forged. Because it’s not about us, but about the future of our children who deserve to live in a world free from tyranny,” he said.

Top aide to Morawiecki, Michal Dwoczyk, told reporters the delegation had crossed the Polish-Ukraine border by train after 8 a.m. (0700 GMT).

“The purpose of the visit is to confirm the unequivocal support of the entire European Union for the sovereignty and independence of Ukraine,” Czech Prime Minister Petr Fiala said in a statement also released by the Polish government.

“The aim of this visit is also to present a broad package of support for Ukraine and Ukrainians.”