Thousands more evacuate in Sydney even though heavy rains ease 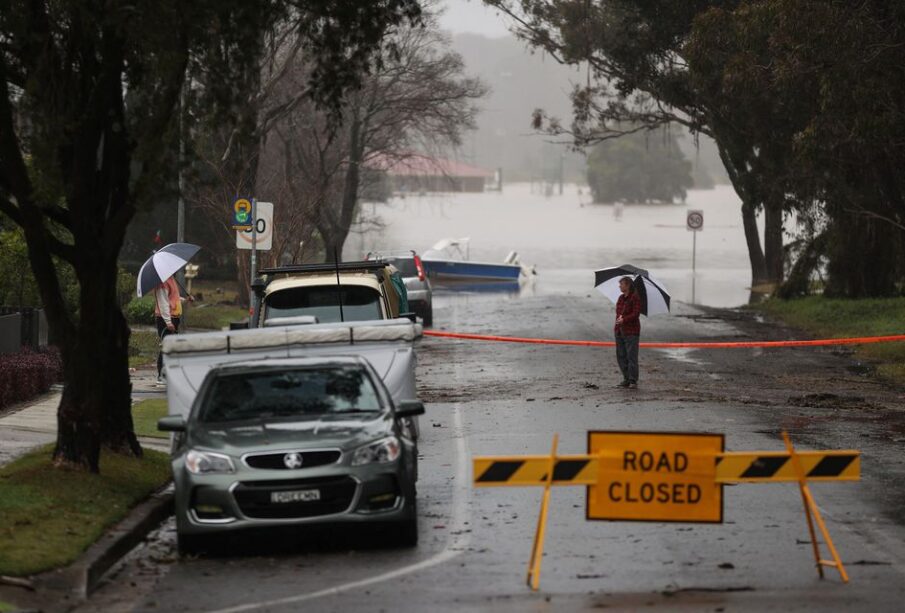 A wild storm system that has pounded parts of Sydney with torrential rain for four days has moved away from the city, satellite images showed on Wednesday, although rivers remained above danger levels, forcing more evacuations.

In Australia’s third major flooding episode this year, more than 85,000 people in New South Wales, most in Sydney’s western suburbs, have been asked to either evacuate or warned they might receive evacuation orders, up from Tuesday’s 50,000, authorities said.

“This still remains a dangerous situation and we need to respond appropriately,” Prime Minister Anthony Albanese told reporters, announcing a one-off emergency cash payment of A$1,000 ($680) for flood-hit residents during a visit to the Sydney suburb of Windsor – suffering its third major deluge this year.

Yet frustration with the government’s response was evident as Albanese visited a volunteer emergency relief shelter to meet affected people.

“Everyone is talking about fixing the same problem … nothing has happened,” television channels showed a resident telling Albanese. “The locals are always prepared, the government is not.”

Australia’s east coast weather has been dominated by the La Nina phenomenon, typically associated with greater rainfall, for two years in a row. La Nina ended in June, but there is a 50-50 chance it may return later this year, according to the Bureau of Meteorology (BoM).

The intense low-pressure system off Australia’s east coast moved to the mid-north coast of New South Wales stretching across 300 kilometres (186 miles), with the weather bureau predicting rainfall in excess of 200 millimetres (8 inches) in some places there over six hours.

Torrential rains since Saturday continue to dump waters into river catchments around Sydney, already near full capacity before the latest deluge, as authorities warned the floods crisis could extend until early next week.

Miner Glencore (GLEN.L), the top coal producer in Australia, said its operations in the Hunter region in New South Wales had faced some “short-term impacts due to the current wet weather” but did not provide any specific details.

A Port of Newcastle spokesperson said there had been intermittent disruption since Monday but operations were expected to return to normal around midday on Wednesday.

Some regions in New South Wales have been hit with up to 700 mm (28 inches) of rainfall since Saturday – in itself already more than the annual average – but conditions have begun to ease in Sydney.

“We’re looking at some dry conditions (in Sydney) tomorrow and then Friday, some slight showers returning on the weekend but nothing quite as heavy as what we have seen,” BoM meteorologist Jonathan How told Australian Broadcasting Corp.

After losing Luhansk, Ukraine forces gather for defence of Donetsk