The Times of Earth, International Edition
0
546 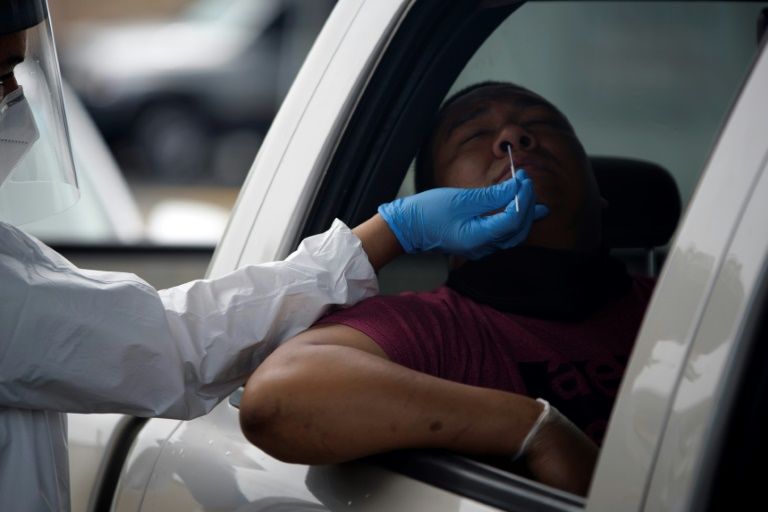 Texas on Thursday halted steps to reopen its economy after a sharp rise in coronavirus cases, as the United States hits some of its highest infection rates since the start of the pandemic.

Twenty-nine states are now experiencing new surges, with more than 37,667 new cases recorded Thursday, according to the Centers for Disease Control and Prevention (CDC) — a level approaching a new record — with 692 new deaths reported.

In a likely sign of the situation’s seriousness, Vice President Mike Pence announced that the White House coronavirus task force would give a press conference Friday at the Department of Health and Human Services, the first of its kind in almost two months.

Texas was among the most aggressive states in reopening in early June after months of lockdown, its leadership confident it had escaped the worst of the pandemic that has claimed almost 122,000 lives in the US, by far the highest number in the world.

“The State of Texas will pause any further phases to open Texas as the state responds to the recent increase in positive COVID-19 cases and hospitalizations,” Governor Greg Abbott’s office announced in a statement.

“The last thing we want to do as a state is go backwards and close down businesses. This temporary pause will help our state corral the spread,” Abbott said, asking residents to wear masks and respect social distancing guidelines.

The Texas Department of State Health Services reported a new record of 5,596 new coronavirus cases Thursday, a major jump from just 10 days ago, when the state had only 1,254 new cases in a day.

There were 47 new coronavirus deaths in the state Thursday, still lower than some days in April and May.

Abbott is an ally of Donald Trump, but his latest announcement was in stark contrast to the president, who has tried to signal that the virus crisis is largely over.

In fact, the CDC now estimates that the 2.4 million recorded US cases may represent only a tenth of the total number of people who have been infected at some point, according to estimates from nationally representative antibody surveys.

It “looks like it’s somewhere between five and eight percent of the American public” that has antibodies, said CDC director Robert Redfield, a range of between 16.5 and 26.4 million people.

Three northeastern states that made significant progress beating back the pandemic — New York, New Jersey and Connecticut — on Wednesday urged visitors arriving from US hotspots such as Texas, Florida and Alabama to quarantine themselves.

Experts blame a patchwork of responses at the official level, the politicization of masks and physical distancing, and the widespread onset of complacency.

Unlike Europe and parts of East Asia, the United States never climbed down from its peak, and is still in the midst of its first wave.

Wearing a mask and maintaining an appropriate physical distance are urged in federal guidelines, but that hasn’t been made mandatory in many of the regions now seeing surges.

On the other hand, in cities like the capital Washington, mask-wearing is the norm, with people voluntarily wearing them outside too, especially in places where it is hard to maintain distance at all times.

These differences reflect the country’s polarized politics, with many Republicans casting face coverings as an assault on their liberty and a liberal conspiracy to stoke fear.

Leading the charge is Trump, who last week held a campaign rally in Tulsa, Oklahoma against the advice of top health officials and now plans to travel to New Jersey to visit a golf club he owns, overriding a quarantine order that asks outsiders to self-isolate for two weeks upon arrival.

The CDC, meanwhile, has also revised its list of conditions that might increase a person’s susceptibility to the virus.

The CDC has also removed the age-specific warning for severe COVID-19 disease, saying that risk rises steadily as you increase in age and it’s not just those over 65 who are at increased risk.