Taliban vow to be accountable, probe reports of Afghanistan reprisals

The Times of Earth, International Edition
0
224 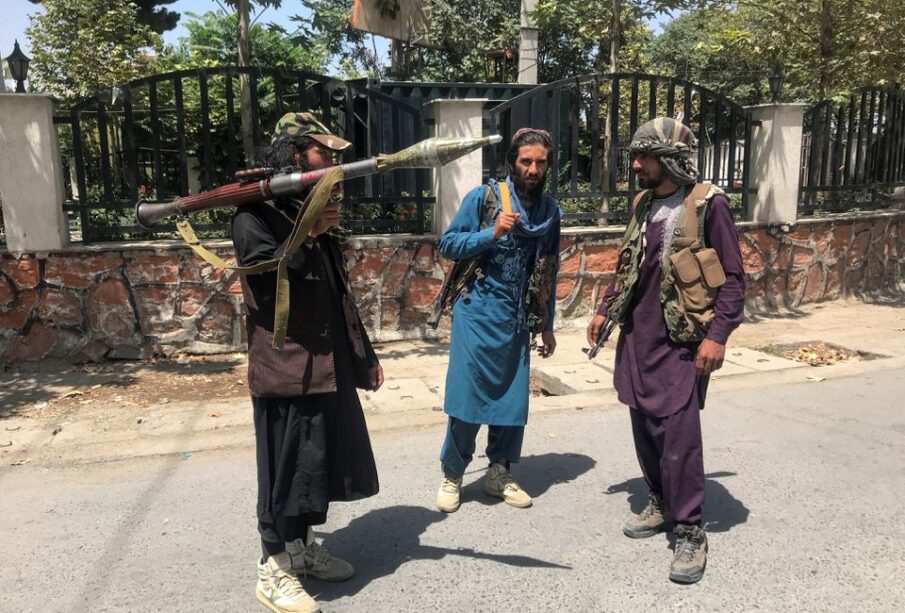 The Taliban will be accountable for its actions and will investigate reports of reprisals and atrocities carried out by members, an official of the Islamist militant group told Reuters on Saturday.

The official, who spoke on condition of anonymity, added that the group planned to ready a new model for governing Afghanistan within the next few weeks.

It has been just a week since the Taliban completed a lighting fast takeover of the country, finally walking into Kabul last Sunday without firing a shot.

Since then, individual Afghans and international aid and advocacy groups have reported harsh retaliation against protests, and roundups of those who formerly held government positions, criticised the Taliban or worked with Americans.

“We have heard of some cases of atrocities and crimes against civilians,” the official said. “If Talibs (members) are doing these law and order problems, they will be investigated.”

He added, “We can understand the panic, stress and anxiety. People think we will not be accountable, but that will not be the case.”

Although the group has sought to present a more moderate face since its takeover, the Taliban ruled with an iron fist from 1996 to 2001, before being toppled by U.S.-led forces for sheltering al Qaeda militants behind the Sept. 11 attacks.

Former officials told harrowing tales of hiding from the Taliban in recent days as gunmen went from door to door. One family of 16 described running to the bathroom, lights off and children’s mouths covered, in fear for their lives.

The new framework for governing the country would not be a democracy by Western definition, but “It will protect everyone’s rights,” the official added

“Legal, religious and foreign policy experts in the Taliban aim to present the new governing framework in the next few weeks,” he said.

The official declined comment on domestic media reports that

Mullah Baradar, the chief of the Taliban’s political office, had arrived in Kabul.

The chaos at Kabul airport, besieged by thousands of people desperate to flee, was not the responsibility of the Taliban, he added. “The West could have had a better plan to evacuate.”

A NATO official told Reuters on Saturday that about 12,000 foreigners and Afghans working for embassies and international aid groups have been evacuated from Kabul airport since Taliban insurgents entered the capital.

“The evacuation process is slow, as it is risky, for we don’t want any form of clashes with Taliban members or civilians outside the airport,” said the official, who sought anonymity.

“We don’t want to start a blame game regarding the evacuation plan.”

As Western nations struggled to ramp up the pace of evacuations amid the chaos and reports of Taliban violence, U.S. President Joe Biden confronted criticism about the planning for the withdrawal of U.S. troops and the Islamist militants’ swift takeover.

“I have seen no question of our credibility from our allies,” Biden told reporters after making a speech from the White House on Friday. “… As a matter of fact, the exact opposite I’ve got … we’re acting with dispatch, we’re acting, committing to what we said we would do.”

He insisted every American who wanted to would be evacuated.

NATO Secretary-General Jens Stoltenberg called the situation outside Kabul airport “very dire and difficult”, as several member nations pressed for evacuations to continue beyond a U.S. deadline of Aug. 31.

Biden has not backed off that deadline, despite calls – internationally and at home from fellow Democrats as well as opposition Republicans – to keep troops in Afghanistan as long as necessary to bring home every American.

Biden said he could not predict the final outcome in Afghanistan, where the United States and allies have waged a 20-year war.

But he promised to work with other countries to set “harsh conditions” for any cooperation with, or recognition of, the Taliban, based on their human rights record.

“And there’s going to be some harsh conditions, strong conditions we’re going to apply that will depend on … how well they treat women and girls, how they treat their citizens.”