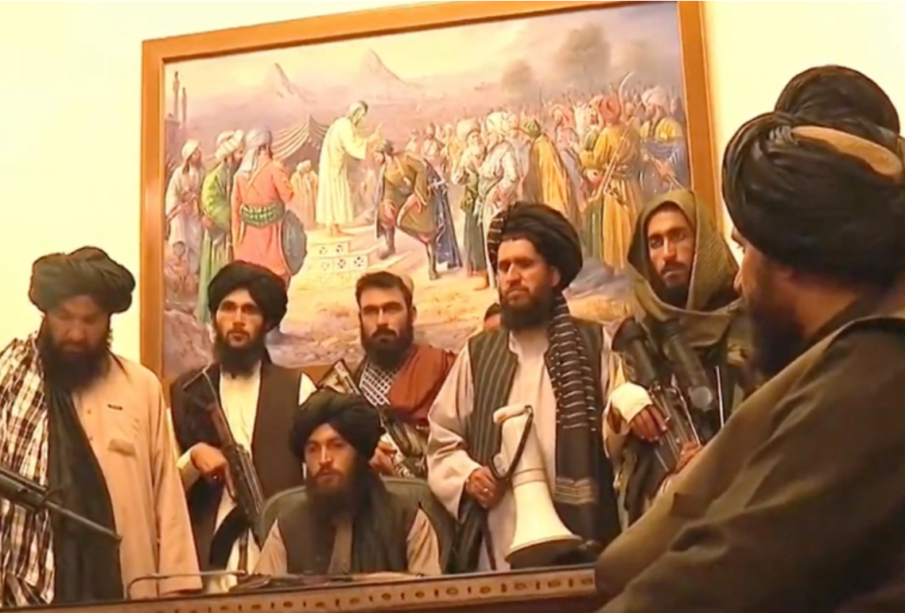 The group’s leadership, surrounded by dozens of armed fighters, addressed the media from the country’s seat of power.

Meanwhile, a Taliban spokesman told Al Jazeera those who worked with the West-backed government and military will be offered amnesty.

President Ashraf Ghani has left Afghanistan as Taliban closes in on Kabul, according to the country’s top peace negotiator Abdullah Abdullah.

“The former Afghan president has left the nation,” Abdullah, the head of the High Council for National Reconciliation, said in a video on his Facebook page.

Ghani’s departure comes amid negotiations for a peaceful transfer of power after Taliban fighters encircled Kabul after capturing 26 of the country’s 34 provincial capitals in less than two weeks.

Meanwhile, a Taliban official told Reuters they were checking reports about Ghani’s departure from the country.

On Sunday, Taliban troops surrounded Afghanistan’s seat of power, promising it had instructed its fighters to refrain from violence and offer safe passage to anyone wishing to leave Kabul.