The Times of Earth, International Edition
0
263 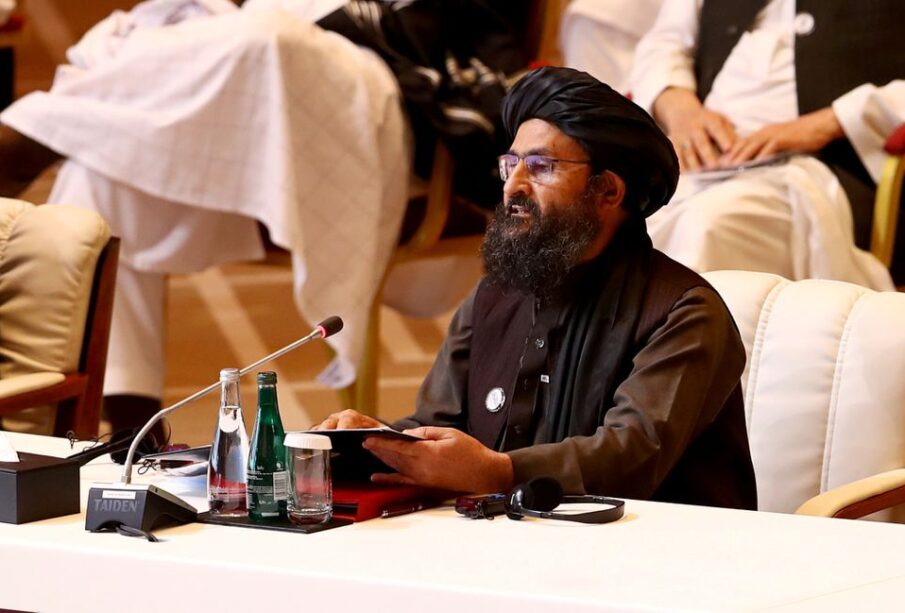 Taliban co-founder Mullah Abdul Ghani Baradar will lead a new Afghan government set to be announced soon, sources in the group said on Friday, as its fighters battled forces loyal to the vanquished republic in the Panjshir Valley north of Kabul.

But the new government’s most immediate priority may be to avert the collapse of an economy grappling with drought and the ravages of a 20-year conflict that killed around 240,000 Afghans before U.S. forces completed a tumultuous pullout on Aug. 30.

At stake is whether the Taliban can govern a country facing economic meltdown, a humanitarian disaster and threats to security and stability from rival jihadist groups, including a local offshoot of Islamic State.

Baradar, who heads the Taliban’s political office, will be joined by Mullah Mohammad Yaqoob, the son of late Taliban co-founder Mullah Omar, and Sher Mohammad Abbas Stanikzai, in senior positions in the government, three sources said.

“All the top leaders have arrived in Kabul, where preparations are in final stages to announce the new government,” a Taliban official told Reuters, speaking on condition of anonymity.

Haibatullah Akhundzada, the Taliban’s supreme religious leader, will focus on religious matters and governance within the framework of Islam, another Taliban source said.

The Taliban, which seized Kabul on Aug. 15 after sweeping across most of the country, have faced resistance in the Panjshir Valley, where there have been reports of heavy fighting and casualties.

Several thousand fighters of regional militias and remnants of the government’s armed forces have massed in the rugged valley under the leadership of Ahmad Massoud , the son of former Mujahideen commander Ahmad Shah Massoud.

Efforts to negotiate a settlement appear to have broken down, with each side blaming the other for the failure.

While the Taliban have spoken of their desire to form a consensus government, a source close to the Islamist militant movement said the interim government now being formed would consist solely of Taliban members.

It would comprise 25 ministries, with a consultative council, or shura, of 12 Muslim scholars, the source added.

Also being planned within six to eight months is a loya jirga, or grand assembly, bringing together elders and representatives across Afghan society to discuss a constitution and the structure of the future government, the source said.

All the sources expected the interim government’s cabinet to be finalised soon but differed over exactly when.

Western powers say they are prepared to engage with the Taliban and send humanitarian aid, but that formal recognition of the government and broader economic assistance will depend on action – not just promises – to safeguard human rights.

When previously in power from 1996 to 2001, the Taliban imposed violent punishments and barred women and girls from school and work.

This time around, the movement has tried to present a more conciliatory face to the world, promising to protect human righs and refrain from vendettas, although it has yet to explain what social rules it will enforce.

The United States, European Union and others have cast doubt on the movement’s assurances. Many Afghans, especially women and those with connections to the former government or Western coalition forces, now fear for their security and even lives.

On Friday, dozens of Afghan women protested near the presidential palace in Kabul, calling on the Taliban to respect the rights of women and their significant gains in education and the workforce over the past two decades.

“Our demonstrations are (being held) because without the presence of women, no society will prosper. The elimination of women means the elimination of human beings. If women are not present in a country, in a society, in a ministry or cabinet, that country or cabinet will not be successful,” said Fatema Etemadi, one of the protesters.

Footage of the rally obtained by Reuters showed most of the women dispersing after an armed Taliban militant intervened.

Among the Afghan women terrified of the new rulers are Afghanistan’s 250 female judges, with men they once jailed now freed by the Taliban to hunt them down.

“Four or five Taliban members came and asked people in my house: ‘Where is this woman judge?’ These were people who I had put in jail,” an Afghan woman judge who escaped to Europe told Reuters in an interview from an undisclosed location, asking not to be identified.

Meanwhile, members of Afghanistan’s renowned all-female orchestra have fled abroad or into hiding, smashing instruments and burning documents to avoid retribution by the Taliban, which banned most music during its earlier rule.

The government’s legitimacy in the eyes of international donors and investors will be crucial. Humanitarian groups have warned of impending catastrophe and the economy, reliant for years on billions of dollars of foreign aid, is near collapse.

The European Union is ready to engage with the Taliban but the Islamist group must respect human rights, including those of women, and not let Afghanistan again become a base for terrorism, the EU foreign policy chief said on Friday.

The administration of U.S. President Joe Biden has no plans to release billions in Afghan gold, investments and foreign currency reserves parked in the United States that it froze after the Taliban’s takeover.

In a development that will help some Afghans access money, a senior executive of Western Union Co said the remittance firm was resuming money-transfer services to Afghanistan in line with a U.S. push to keep up humanitarian work.