The Times of Earth, International Edition
0
475 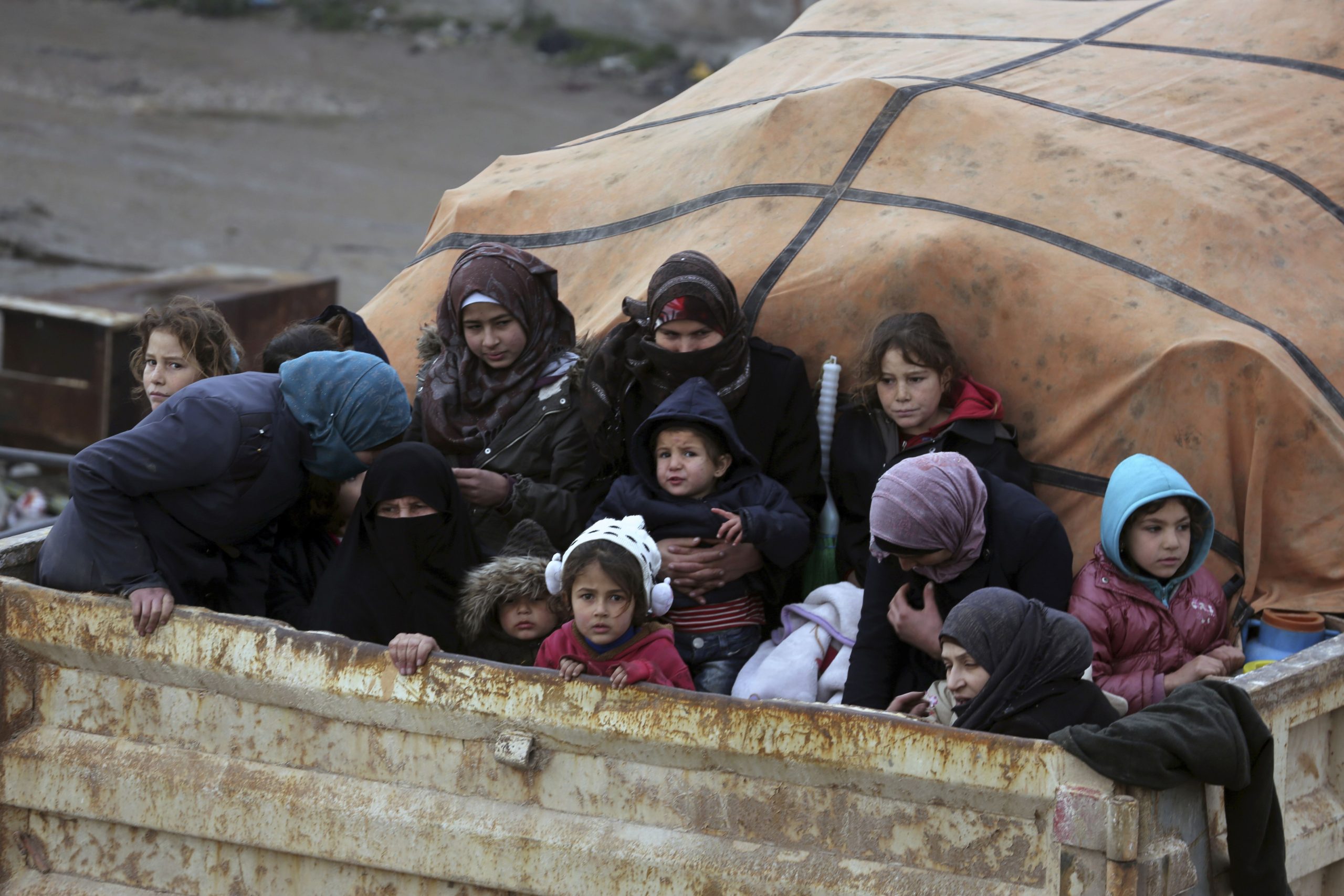 A children’s advocacy group warned Friday that nearly half of nearly 400,000 displaced in the Syrian government’s two-month-long offensive on the country’s last rebel-held region are children, calling it a wave of displacement unlike anything seen before in the war in Syria.

The offensive by the Syrian government forces, backed by ally Russia, has focused mainly on Idlib province, and also lately on neighboring Aleppo, in an attempt to seize control of a strategic highway that links the capital, Damascus, and the north. The push accelerated in the last two weeks and the government forces on Wednesday seized control of the key own of Maaret al-Nouman that sits along the highway.

According to Save the Children, half of those displaced were children, adding that throughout this month, at least 37,000 children have been forced to flee.-

In one week alone earlier in January, 34 children and 13 women were killed, the United Nations said.

Trucks and other vehicles have crammed the roads as civilians — some of them already displaced by earlier fighting — packed up their meager belongings to leave towns and villages under attack.

Save the Children said their advocacy partners working in Idlib and Aleppo described miles of convoys and said “the sheer scale of displacement is unlike anything they have seen before.”

Syrian President Bashar Assad’s forces launched the offensive despite a cease-fire deal struck between Russia and Turkey, which support opposite sides of the conflict. Turkey, which backs the Syrian opposition, has said Russia, a staunch Assad ally, has not abided by previous agreements to end violence.

Turkish President Recep Tayyip Erdogan warned on Friday that Ankara could use military force to bring stability in Idlib after the offensive sent tens of thousands of people fleeing towards the Turkish border.

“We will not stand by in Idlib or other parts of Syria,” Erdogan told a meeting of provincial ruling party leaders in Ankara. “We sincerely want stability for Syria and we won’t hesitate to do whatever it takes, including using military force.”

Turkey, which already hosts 3.5 million Syrian refugees, has troops stationed at 12 observation posts in Idlib, in Syria’s northwest, to monitor the earlier cease-fire.

The violence and displacement has been compounded by harsh winter conditions. Idlib province, largely in rebel hands, is home to some 3 million people, most of them displaced from other parts of Syria in earlier bouts of violence.

Idlib and parts of rural Aleppo are the last areas controlled by rebels in Syria. With assistance from allies Russia and Iran, Assad has managed to regain territories he had lost to the opposition earlier and now controls nearly 73% of Syria, according to the Syrian Observatory for Human Rights, a war monitoring group.