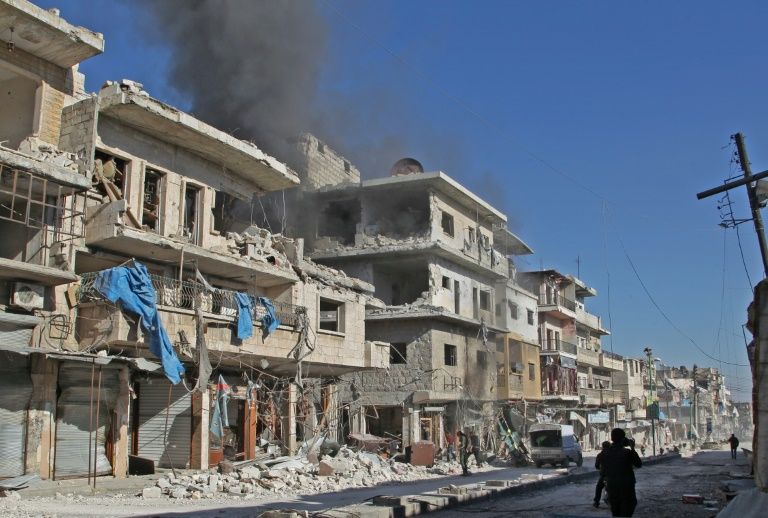 Almost nine years of civil war in Syria has left more than 380,000 people dead including over 115,000 civilians, a war monitor said in a new toll Saturday.

The Syrian Observatory for Human Rights, which has a network of sources across the country, said they included around 22,000 children and more than 13,000 women.

The conflict flared after unprecedented anti-government protests in the southern city of Daraa on March 15, 2011.

Demonstrations spread across Syria and were brutally suppressed by the regime, triggering a multi-front armed conflict that has drawn in jihadists and foreign powers.

The conflict has displaced or sent into exile around 13 million Syrians, causing billions of dollars-worth of destruction.

The Britain-based Observatory’s last casualty toll on the Syrian conflict, issued in March last year, stood at more than 370,000 dead.

More than half of those were Syrian soldiers, while 1,682 were from the Lebanese Shiite group Hezbollah whose members have been fighting in Syria since 2013.

The war has also taken the lives of more than 69,000 opposition, Islamist, and Kurdish-led fighters.

It has killed more than 67,000 jihadists, mainly from the Islamic State group and Hayat Tahrir al-Sham (HTS), a group dominated by Syria’s former Al-Qaeda affiliate.

The total death toll does not include some 88,000 people who died of torture in regime jails, or thousands missing after being abducted by all sides in the conflict.

With the support of powerful allies Russia and Iran, Syrian President Bashar al-Assad has inched his way back in recent years to controlling almost two-thirds of the country.

That comes after a string of victories against rebels and jihadists since 2015, but also his forces being deployed to parts of the northeast of the country under a deal to halt a Turkish cross-border operation last year.

Several parts of the country, however, remain beyond the reach of the Damascus government.

They include the last major opposition bastion of Idlib, a region of some three million people that is ruled by the jihadists of HTS.

An escalation in violence there in recent weeks has caused 284,000 people to flee their homes, according to the United Nations.

In the northeast, Turkish troops and their proxies control a strip of land along the border after seizing it from Kurdish fighters earlier this year.

Kurdish-led forces control the far east Syria, where US troops have been deployed near major oil fields.

Syria’s conflict is estimated to have set its economy back three decades, destroying infrastructure and paralysing the production of electricity and oil.

Fury, tears as thousands mourn Iran commander killed by US