The Times of Earth, International Edition
0
503 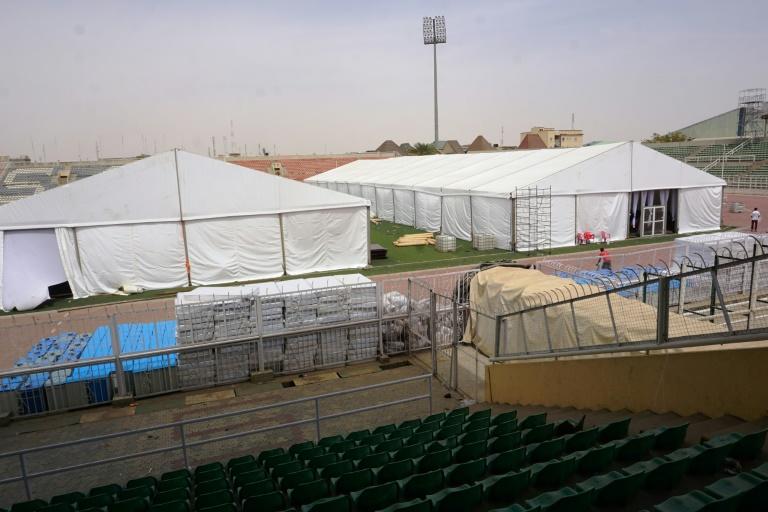 Kano authorities raced to build an isolation centre at a sports stadium as coronavirus spread. The facility was built with donations from Kano-born tycoon and philanthropist Aliko Dangote (AFP Photo/AMINU ABUBAKAR)

Surging death tolls in northern Nigeria have sparked fears that coronavirus is spreading out, combining with established diseases to pose a lethal threat in a region where medical care is poor.

In the past month, the city of Kano, the most populous city in the north of the country, has witnessed hundreds of deaths, particularly among the elderly.

At first authorities blamed the fatalities on ailments including diabetes, hypertension and malaria — but a team of government investigators later said most were suspected to be linked to coronavirus.

Kano state has officially confirmed 666 infections and 32 deaths from coronavirus, making it the hardest-hit region in Nigeria after megacity Lagos.

Testing has been severely limited but as capacity has picked up in recent days so the number of cases has climbed steadily.

Now the surge in unexplained deaths has spread to neighbouring areas, sending local authorities scrambling to figure out the cause.

A team of epidemiologists has been sent to the town of Azare in Bauchi state, where 110 deaths were reported in the past week, local traditional chief Mahmood Abdullahi said.

Medics are also probing a string of similar spikes in towns in Yobe and Jigawa states neighbouring Kano.

Doctors say the hottest time of year from April to June has always brought more death to northern Nigeria.

Deadly outbreaks of cholera, malaria, typhoid, measles and meningitis tend to shoot up as the temperature rises.

The arrival of the novel coronavirus has added another major challenge — and stretched already under-resourced health services beyond breaking point.

“We can’t deny the fact that COVID-19 is wreaking havoc in Kano and the region which is worsened by other outbreaks that have preceded the pandemic,” Kano doctor Ibrahim Musa said.

So common is the surge in diseases at this time of year that people in the city even have a grim nickname for it — “merger”.

“We are dealing with multiple epidemics in this situation which explains the mind-boggling deaths,” said Sadiq Wali, a professor of medicine.

Making the problem worse, hospitals have shut their doors to the sick out of fears over coronavirus — meaning treatment for a raft of ailments has stopped.

Doctors short of protective equipment have also been reluctant to attend to patients even without signs of the virus out of concerns for their own safety.

Civil servant Binta Mohammed said that she had to watch her husband die from “diabetic complications” after he was turned away for treatment.

“The four private hospitals we took him to refused to admit him for fear he had the virus,” she said.

Kano’s governor on Sunday called on private hospitals to attend patients with other ailments and doled out face masks and sanitiser.

“We don’t want you to be sending away patients who come to you for other illnesses,” Abdullahi Umar Ganduje said.

Kano’s position as a central economic hub for the region means that it is an epicentre for many outbreaks that have spread across the north.

Officials in neighbouring states say a plan that has seen hundred of child beggars sent home from the city has helped infections spread.

“When Kano has a cold the whole north gets the flu,” medical doctor Musa explained.

While the state has been under official lockdown for four weeks, enforcement has been lax beyond major highways and thoroughfares.

Life goes on as normal in many neighbourhoods as the faithful still flock to mosques for Ramadan prayers despite edicts from Muslim leaders.

State authorities on Monday began handing out a million facemasks and warned of a crackdown on those not distancing — but some worry it may be too late.