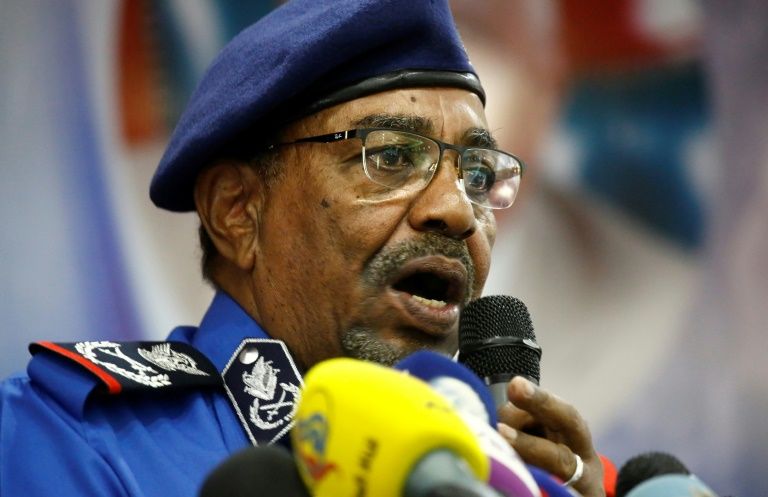 Sudan has agreed to hand ousted autocrat Omar al-Bashir and others to the International Criminal Court for alleged war crimes in Darfur, a member of Khartoum’s ruling body said Tuesday.

The Hague-based ICC has charged Bashir and three of his former aides with genocide, crimes against humanity and war crimes in Sudan’s western region during a brutal conflict from 2003.

“Those who have been indicted by the ICC, they have to go there,” Mohamed Hassan Al-Taishay, a member of the ruling sovereign council said, without mentioning their names.

His remarks, quoted in a statement issued by the sovereign council in Khartoum, came as a government delegation met rebel groups in the South Sudanese capital of Juba.-

Taishay said the talks focused on justice and reconciliation in Darfur, where the United Nations says about 300,000 people have been killed and millions displaced since the conflict erupted.

Taishay said they had agreed several mechanisms for achieving peace in the region.

“First, all those who have been indicted by the ICC should appear before the ICC,” he said.

“Second, a special court be set up to investigate crimes committed in Darfur.”

The conflict in Darfur, the size of France, erupted when ethnic minority African rebels took up arms against Bashir’s then Arab-dominated government, accusing it of marginalising the region economically and politically.

The ICC has charged Bashir with genocide, war crimes and crimes against humanity for his role in the conflict.

“We cannot achieve justice unless we treat the suffering of the victims because this is a truth that we can’t escape from,” Taishay said.

“In Darfur, crimes against humanity and war crimes have been committed.”

Bashir has denied the charges.

Bashir was ousted by the army in a palace coup last April after months of protests against his iron-fisted rule of three decades.

He was detained following his ouster and has since been jailed on corruption charges.

Anti-Bashir protesters, residents of Darfur and rebel groups from the region have consistently demanded that the ousted ruler be handed over to the ICC.

For years before his ouster and despite the ICC indictments, Bashir had regularly visited regional countries as well as Russia and China.

Days before the protests erupted in December 2018, he visited Syria’s President Bashar al-Assad in Damascus, becoming the first Arab leader to do so since the Syrian conflict began in 2011.

In 2018, Bashir helped broker a tentative peace deal in South Sudan after five years of intense conflict in the world’s newest country, which won independence from Khartoum in 2011.