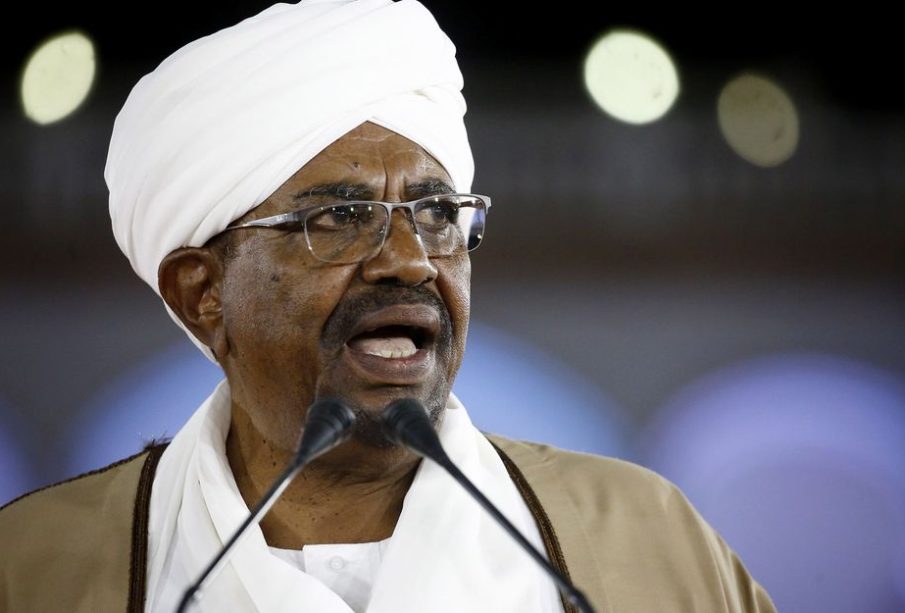 A Sudanese court said Saturday it accepted prosecutors\’ corruption-related charges against autocratic former president Omar al-Bashir, who appeared in court in a cage for the third time this month.
Al-Bashir has been in custody since being ousted by the military in April after months of mass protests against his three-decade authoritarian rule. The court was set to meet again in a week.
The court said following a statement from al-Bashir and testimony from other witnesses, that it accepted prosecutors\’ request to try the former ruler on charges of illegal possession of foreign currency.
Al-Bashir was accused of money laundering after millions of U.S. dollars, euros and Sudanese pounds were seized in his home shortly after his ouster.
During Saturday\’s hearing, the former president said he received through his office manager $25 million from Saudi Arabia Crown Prince Mohammed Bin Salman.
“My office manager … had received a call from Prince Mohammed bin Salman saying that he has a \’message\’ that will be sent in a private jet,” he said.
Al-Bashir said the crown prince did not want to reveal that he was the source of the funds, and he hoped that the trial wouldn\’t be public.
“If we deposited the money in the central bank of the finance ministry, the source would have been identified,” he told the court.
He said the money was being used for donations not for his own benefit. At least $2 million dollars went to a military hospital and $3 million to a Sudanese university, he said.
Al-Bashir said $5 million was given to the Rapid Support Forces, a paramilitary unit that grew out of the feared Janjaweed militias unleashed during the Darfur conflict in the 2000s.
The RSF is led by Gen. Mohammed Hamdan Dagalo, known as Hemedti, who is also a member of the newly appointed Sovereign Council that is to rule Sudan during a three-year transition.
Protesters accuse the RSF of leading the crackdown against them that started with the brutal break-up of their sit-in camp in Khartoum earlier in June.
Al-Bashir did not provide documents or records for the spending.
The court also rejected a request from al-Bashir\’s defense attorneys for his release on bail.
If convicted for corruption, al-Bashir could be sentenced up to 10 years in prison.
The current trial is separate from charges against al-Bashir regarding the killing of protesters during the popular uprising that erupted late last year initially over dire economic conditions. Dozens of protesters were killed in the months prior his ouster in April.
Al-Bashir is wanted by the International Criminal Court on charges of war crimes and genocide linked to the Darfur conflict in the 2000s, but the Sudanese military has said it would not extradite him to The Hague. The new joint military-civilian council — formed earlier this month — has given no indication it will change the decision.
Al-Bashir was the only sitting head of state for whom an international arrest warrant has been issued by the Netherlands-based tribunal.
SOURCE: AP
Previous Article