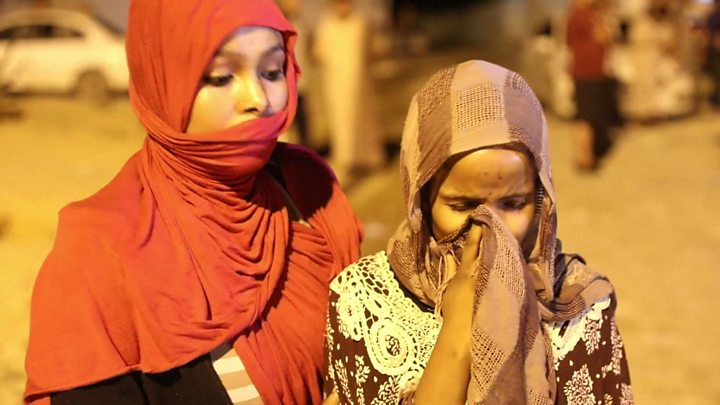 Deprived of work and access to aid, thousands of migrants from sub-Saharan Africa living in Morocco are struggling to make ends meet under COVID-19 restrictions.

“The misery is across the board,” said Ousmane Ba, head of the Collective of sub-Saharan Communities in Morocco.

“Those who worked as vendorsare under lockdown without financial resources and the situation is getting worse for illegal migrants living in camps.

“They can’t go anywhere and non-government organisations can’t come to help them.”

The north African kingdom has long been a transit country for migrants and refugees seeking a better life in Europe, and it has also become a host country for many.

At least 20,000, the vast majority from sub-Saharan Africa, are trapped “in a humanitarian emergency”, said sociologist Mehdi Alioua of the anti-racism foreigners’ support group GADEM.

Many of them work in the informal sector, which accounts for more than 20 percent of Morocco’s economy, and tend to live precariously, hand to mouth, even in normal times.

Parking attendants, cleaning women without contracts and street vendors lacking social security “are panicking” now and many “do not eat every day”, Alioua said.

To contain the spread of the novel coronavirus, Morocco — with 6,380 virus infections and 188 deaths officially recorded — imposed a lockdown throughout the country.

A state of emergency declared on March 20 has been extended until May 20.

Controls are strict, movement is subject to authorisation and non-compliance with the restrictions is punishable by fines or one to three months’ jail.

The most vulnerable remain those who are looking to reach Europe by sea or by scaling barriers around the Spanish enclaves of Ceuta and Melilla in Morocco’s north.

Border closures and movement restrictions imposed under a public health state of emergency have piled new challenges onto the already dangerous journey.

While covert crossings into Spain have decreased since the start of the pandemic crisis, many people are still making the trip.

A total of 986 arrivals were recorded between mid-March and early May, compared with 1,295 during the same period in 2019, according to the Spanish interior ministry.

A migration policy adopted in 2013 led to 50,000 people — mostly from West Africa — receiving residency permits, according to government figures.

Whatever their legal status, members of sub-Saharan communities are suffering the effects of a pandemic-induced economic paralysis.

“Those that didn’t save have problems. They used to go out every day to get money and now they are in trouble.”

The kingdom dispensed financial aid to employees and informal sector workers who lost their jobs amid the crisis, but no such steps were taken for migrants or immigrants.

Those who are legally in the kingdom also do not benefit from the state aid distributed to Moroccans.

“No one in the government had a word for these people, even as Morocco has invested so much in its migration policy,” Alioua said.

Solidarity within the community, the charity sector and Catholic parishes have alleviated some of the burden.

Abdoulaye Diop, head of the Federation of sub-Saharan associations in Morocco,organises food basket distribution within the Senegalese community.

Other groups have launched similar initiatives, but resources are limited, Diop said.

“Today you eat rice, tomorrow pasta, the day after rice,” said Eouani Mambia Morelline, the 40-year-old Congolese head of a collective for migrant women in Morocco.

“And then, there are the bills and rents that are piling up … and who knows when we will get back to normal life.”

Swim, jog, but no sunbathing: France reopens some beaches