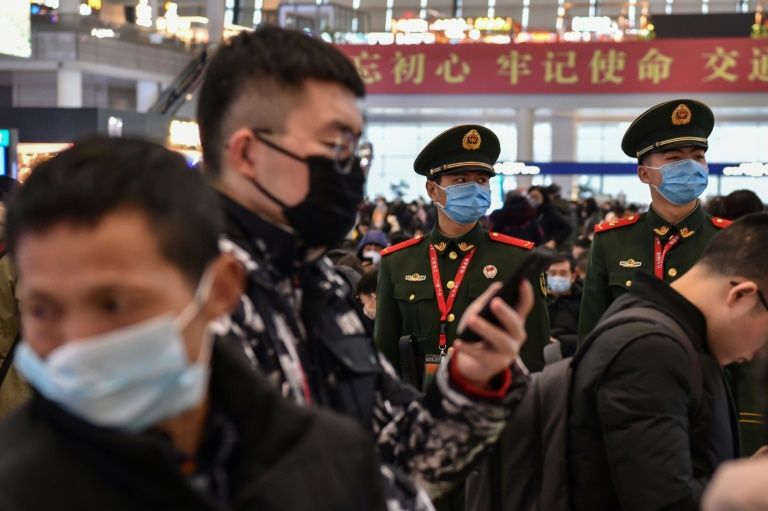 Investor nerves over the spread of a deadly new virus from China hammered equities and oil benchmarks on Thursday, as authorities moved to contain the disease, while losses for European stock markets were less sharp awaiting the outcome of an ECB interest-rates meeting.

“Traders are cutting their exposure to stocks for fear the health crisis will spread,” said David Madden, market analyst at CMC Markets UK.

China on Thursday locked down two major cities in a province at the centre of a deadly virus outbreak, banning planes and trains from leaving in an unprecedented move aimed at containing the disease that has spread to other countries.

The respiratory virus has claimed 17 lives since emerging from a seafood and animal market in Wuhan, infected hundreds of other people nationwide and been detected as far away as the United States.-

Shanghai’s stock market tumbled 2.8 percent in the final day of trading before a week-long market holiday for the Lunar New Year, when hundreds of millions of people travel across China — raising fears of the contagion spreading further.

It was the biggest pre-Lunar New Year fall on record for the bourse.

In Europe, London’s benchmark FTSE, Frankfurt’s DAX 30 and the Paris CAC-40 were all off around half of one percent less than two hours from the close while Wall Street was also off 0.5 percent in early trading having finished flat Wednesday.

OANDA senior market analyst Jeffrey Halley said it was “quite understandable that some money would be taken off the table until the true extent of the coronavirus issue becomes obvious”.

Senior OANDA analyst Edward Moya observed that “US stocks are losing momentum in what has been a very good start to earnings season as Asia braces for the impact of the coronavirus.”

The virus has caused alarm because of its similarity to SARS (Severe Acute Respiratory Syndrome), which killed hundreds of people in 2002-2003.

“China’s importance in the overall global supply chain and the fact they are a huge export market for many countries… opens up a more unfavourable global outcome this time around,” Stephen Innes, chief market strategist of AxiCorp, said in a client note.

“Given the importance of China for oil demand and having the outbreak falling on the cusp of peak domestic travel season, the timing is particularly damaging,” Innes said.

Moya concurred, saying that “oil prices are getting battered by falling demand concerns that have stemmed from growing travel bans in China.”

Focus Thursday was also on the European Central Bank, with markets looking for hints about the ECB’s strategic review and an updated assessment of risks facing the eurozone economy.

Thousands protest in Iraq to demand ouster of US troops