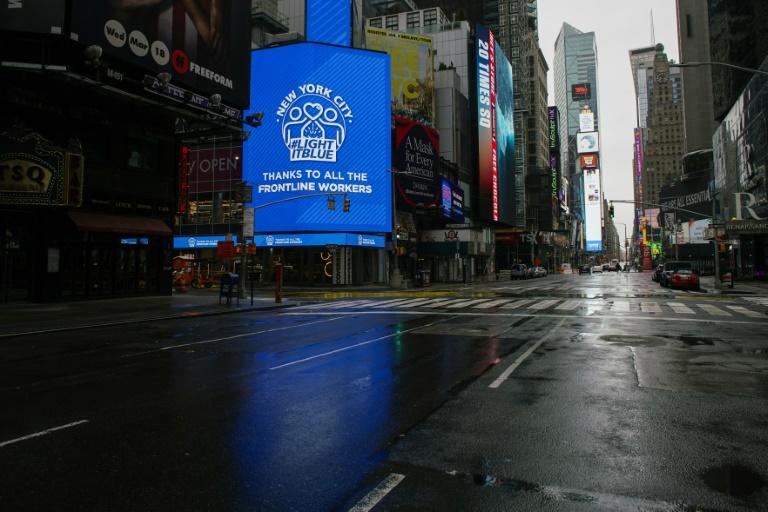 “Stocks throughout Asia and Europe have kicked off the week in optimistic fashion, with the decline in coronavirus deaths across the globe being accompanied by a significant push towards easing lockdown measures across Europe and America,” said Joshua Mahony, senior market analyst at IG trading group.

While more than 205,000 people have died from COVID-19, the latest figures from Europe’s worst-hit countries provided some hope that the peak of the crisis may have passed.

Germany on Monday said it had seen the slowest pace of infections and deaths since March 29.

The improvement in Europe’s biggest economy and elsewhere across the continent saw governments begin to ease up on lockdowns that have kept half the planet stuck at home.

In Italy, wholesale stores and restaurants will be allowed to resume business on May 4 and people will once again be permitted to stroll in parks and visit relatives, while other shops and museums will open three weeks later.

Spain on Sunday let children play outside for the first time since mid-March and Swiss hairdressers, massage parlours, florists and garden centres are reopening.

Meanwhile, New York Governor Andrew Cuomo said that a first stage of a reopening would start on May 15 if hospitalisations decreased.

And while British Prime Minister Boris Johnson, making his first public appearance since being hospitalised with coronavirus three weeks ago, insisted Britain was beginning to “turn the tide” on the outbreak, he warned that now was not the time to ease the country’s lockdown.

The Bank of Japan on Monday ramped up of its emergency monetary easing, lifting the cap on its buying of government bonds and increasing purchases of other assets.

The bank also forecast the Japanese economy could contract as much as five percent in the year to March 2021.

“Given the circumstances, no one expects the latest policy can turn the economy around.”

On oil markets Monday, WTI lost more than 13 percent, having already endured a hammering last week, with worries about a lack of storage amid near-non-existent demand for crude overshadowing signs that some countries — including Kuwait and Algeria — are starting to slash production in line with a major deal hammered out this month.

“While OPEC has started to curb output, demand is still not being supported and that’s going to be a down factor for prices.”