The Times of Earth, International Edition
0
873 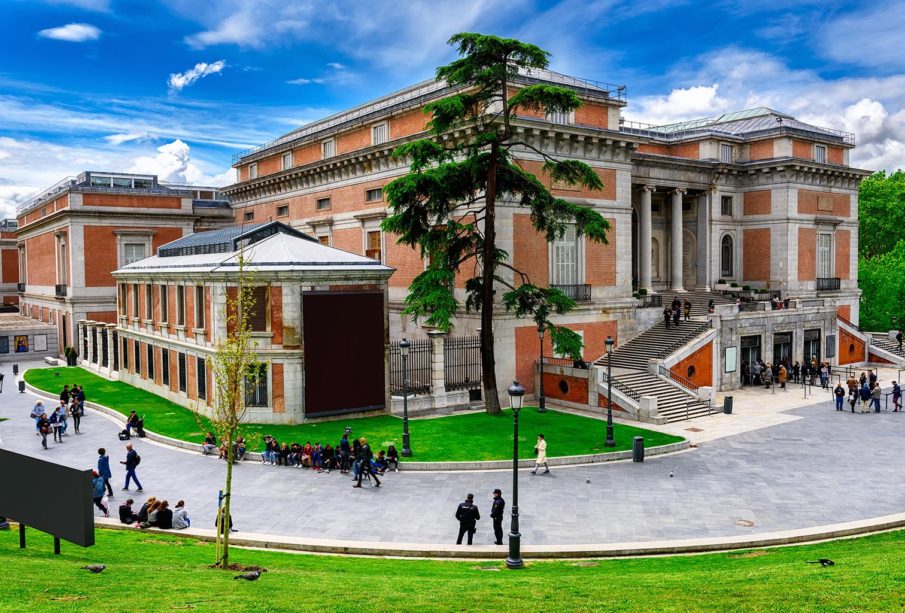 The Prado was forced to reschedule all of the temporary exhibitions it had planned for this year due to problems in receiving loans of works from other museums during the pandemic, which has brought air traffic to a halt. AFP

Like all of Spain’s museums, the modern art museum housed in a former hospital has been closed since mid-March due to a nationwide lockdown to contain one of the world’s deadliest coronavirus outbreaks.

But with the restrictions starting to be eased, it is getting ready to reopen — hopefully in a month — with new social distancing and hygiene regulations in place for the pandemic age.

Museums must “convey the message that there is no need to fear others,” said the Reina Sofia’s director, Manuel Borja-Villel.

Visitors will move through the multi-story building on a circular path so as not to cross by one another, cameras will take people’s temperature and dispensers for hand sanitiser will be distributed across the museum, he told AFP.

Paper maps and brochures will no longer be available as they can transmit germs, and visitors will instead be able to download an info app on their own smartphones.

“There will be nothing that people can touch,” said Borja-Villel.

After weeks of confinement, visiting museums can help to revive public life, he added.

“It is important to transmit this joy of being with others, this idea that human beings, by definition, are not alone,” he said.

The Reina Sofia received 4.4 million visitors in 2019, half of them from outside Spain, but it fears it will see a 30 percent fall in revenues this year because of the coronavirus lockdown.

The government has ordered museums to restrict admissions to a third of their capacity when they do re-open to ensure social distancing rules are respected.

Borja-Villel predicts museums will have to move away from their current model based on holding a series of “big exhibitions” and adopt a more long-term strategy.

While the Reina Sofia is closed to the public, restoration work continues.

“We must remain to ensure works remain in good shape,” said the museum’s chief restorer, Jorge Garcia Gomez-Tejedor, who wore a face mask as he inspected “Guernica”, the emblematic painting depicting the horrors of Spain’s 1936-39 civil war.

The Reina Sofia, along with the nearby Prado and the Thyssen museums, form a so-called “Golden Triangle of Art” which is one of the Spanish capital’s top tourism draws.

The Prado — Spain’s national museum which is home to paintings by Spanish masters such as El Greco, Velazquez and Goya — fears a 70 percent drop in revenues this year, said its communications director Carlos Chaguaceda.

Around 60 percent of its visitors are foreigners, with a significant number from the United States, he added.

The Prado was already forced to reschedule all of the temporary exhibitions it had planned for this year due to problems in receiving loans of works from other museums during the pandemic, which has brought air traffic to a halt.

At the Thyssen, the pandemic has been “a trigger for the digital transformation” at the institution, said its executive director, Evelio Acevedo.

During the lockdown the museum boosted the amount of its online content, by for example providing a virtual tour of a temporary exhibition of portraits by Dutch master Rembrandt led by the show’s curator.

The “Rembrandt and Amsterdam portraiture” exhibition opened on February 18 and had initially been set to run until May 24, but it will likely now be extended to the end of August.

This sort of free online content won’t stem an expected 60 percent drop in revenues this year but they are helping to launch “a transformation process that will last years,” said Acevedo.