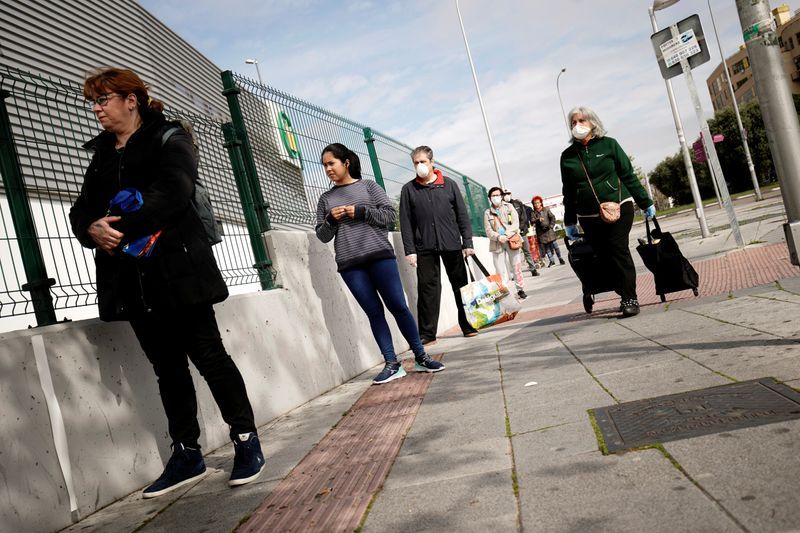 The number of coronavirus deaths in Spain fell for a third consecutive day on Saturday, with 510 fatalities reported in the past 24 hours — the smallest overnight increase since March 23.

The slowdown is an encouraging sign for the country, which has suffered the third-highest number of casualties from the virus after Italy and the United States.

At the beginning of April, the overnight death tally rose as high as 950, overwhelming the national health service and forcing regional authorities to set up temporary mortuaries in an ice rink and disused public buildings.-

But as the rate of new infections and deaths slows, the government has begun to contemplate a gradual unwinding of lockdown measures, which have kept most people confined to their homes since mid-March.

From Monday, workers in sectors such as construction and manufacturing will be allowed to return to work, though the government extended restrictions on movement across Spain’s land borders with France and Portugal for another two weeks.

The lockdown has caused major disruption to the Catholic country’s renowned Easter celebrations, forcing clergy and worshippers to devise creative ways to participate.

In the eastern town of Villar del Arzobispo near Valencia, priest Raul Garcia held mass with photographs of his parishioners pinned to the pews, and invited them to watch the service online from home.

“It’s a way not to be alone in church and for people to feel like they’re accompanying me during,” he told Reuters Television.