The Times of Earth, International Edition
0
638 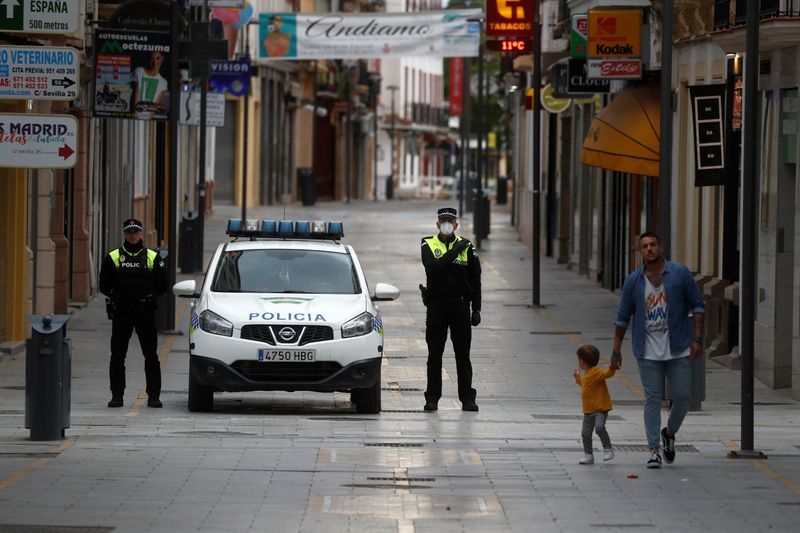 Spanish authorities cautiously prepared further steps to loosen one of Europe’s toughest coronavirus lockdowns on Monday after children were allowed to leave their homes for the first time in six weeks, causing concern about crowds in some areas.

Having suffered one of the world’s deadliest outbreaks of the COVID-19 respiratory disease, Spain has been under strict lockdown since March 14, but recently begun to ease restrictions as it reined in the infection rate.

In the most significant relaxation of the lockdown yet, on Sunday children under 14 were granted one hour of daily supervised outdoor activity, while adhering to social-distancing guidelines and staying within 1 km of their homes.

But some local authorities complained parents were allowing their kids to flout the rules, and TV footage showed large crowds gathering in parks and on boardwalks across the country.

“Local police have detected numerous instances of non-compliance…We appeal for people to be responsible,” city hall in the southeastern city of Alicante said in a tweet.

In an interview with broadcaster TV3, Catalan regional interior secretary Miquel Buch called for more nuanced regulations such as allowing children of different ages out at different times.

However, the national Interior Ministry in Madrid said that generally Spaniards had stuck to the social-distancing rules and breaches were few. “There was no widespread or major breach of the rules, beyond a few isolated areas where we are going to increase enforcement,” a ministry spokesman said.

On Saturday Prime Minister Pedro Sanchez announced that Spaniards of all ages would be allowed to exercise outdoors from May 2 if the coronavirus toll continues to fall.

He also said his cabinet would approve on Tuesday a wider plan to lift restrictions and gradually restart the country’s stuttering economy.

Although some key businesses have continued to operate through the shutdown, bars and restaurants remain shuttered and the country’s vital tourism sector has ground to a halt.

The loosening will not be rolled out in unison across the country. Instead, each region will decide its own plan to lift restrictions based on a series of criteria, including the infection rate and capacity of local health services.