The Times of Earth, International Edition
0
610 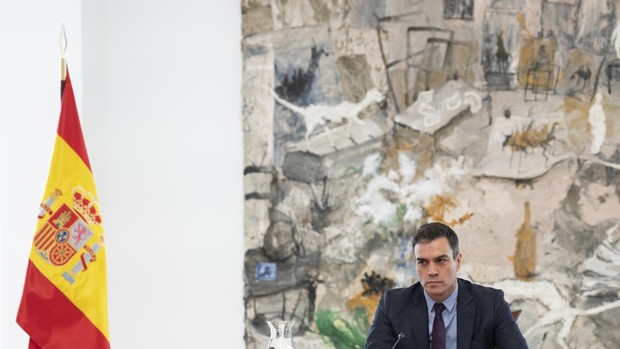 Spanish Prime Minister Pedro Sanchez announced Saturday the extension of the country’s lockdown until April 25 in order to curb the spread of the novel coronavirus.

“The cabinet on Tuesday will again ask for authorisation from parliament to extend for a second time the state of alert until Saturday April 25 at midnight,’ Sanchez said in a televised speech.

Spain’s total death toll rose to 11,744 – the world’s second highest after Italy – but the 809 people who died from the disease over the past 24 hours, was below Friday’s 932 and down from Thursday’s daily record of 950, the Health Ministry said.

That represented a 7% increase in total deaths, about a third the pace of the around 20% increase registered a week ago.

The figures “confirm the downward trend we have seen in the last few days,” said Maria Jose Sierra, the deputy head of Spain’s health emergency.

Still, she acknowledged that “there are many more light cases of coronavirus which are not included in our figures because we are concentrating on the most serious cases”.

Some of Madrid’s most famous tourist sites, such as the Royal Palace and Las Ventas bullring, stood eerily quiet on Saturday, as Spaniards readied themselves for a fourth week living under one of Europe’s strictest lockdowns.

Only employees in essential sectors such as health are free to travel to and from work. Restaurants, bars and shops are shuttered, and social gatherings are banned.

Health officials say the slowdown in new infections proves the effectiveness of the lockdown in place.

China pauses in memory of virus victims and ‘martyrs’

Indonesia covers up to protect orangutans from virus threat