The Times of Earth, International Edition
0
669 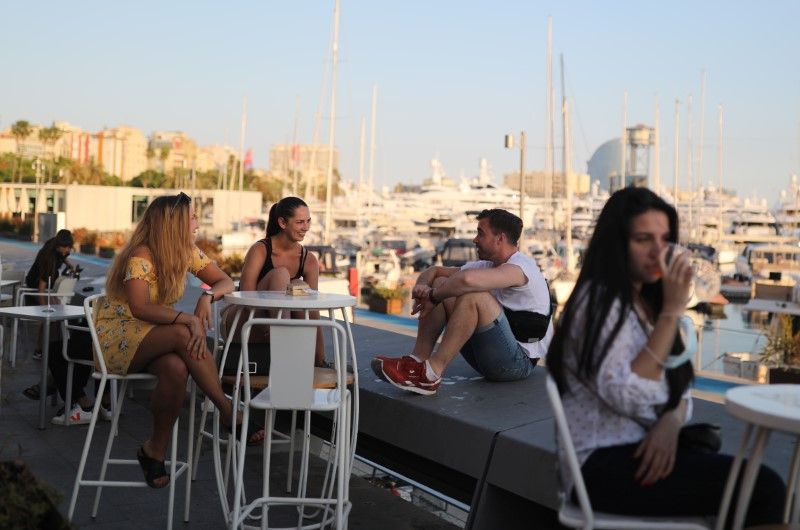 The Spanish government on Wednesday secured parliament’s backing for a final extension to the state of emergency imposed to tackle the coronavirus epidemic and which will now last until June 21.

Prime Minister Pedro Sanchez sought to extend the state of emergency, which grants his government exceptional powers, to allow greater control over people’s mobility as a lockdown that began in mid-March is phased out.

His proposal was narrowly approved in the 350-seat lower house, garnering 177 votes in favour despite opposition from the conservative People’s Party and the far-right Vox.

Spain also registered its first death from the coronavirus since Sunday. Confirmed cases increased by 219 from the previous day to 240,326, while the cumulative death toll reached 27,128.

Just a month ago Spain was logging more than 1,000 new cases and hundreds of deaths every day, overwhelming the health service.

In recognition of their “enormous personal sacrifice”, front-line medical workers were awarded the prestigious Princess of Asturias Award on Wednesday. The coronavirus infected about 50,000 health workers.

Data released by the National Statistics Institute (INE) revealed a 155% spike in mortality at the epidemic’s early-April peak, though not all excess deaths can be directly linked to the coronavirus.

“There are other possible reasons for excess deaths,” Health Emergency Coordinator Fernando Simon said, naming seasonal flu as one of them. “Or it could be because of an overloaded health system and delayed access to hospitals.”

Thanks to strict confinement measures the government believes the worst is now over, a claim borne out by the INE data, which shows mortality between May 18-24 was at roughly the same level as a year earlier.

As restrictions on movement are eased Spain is evaluating how to restart its tourism industry, which accounts for 12% of economic output.

On Wednesday the tourism ministry said it might open up some limited travel from June 22, despite earlier plans to reopen from July 1.

Spain is working on plans to gradually open its borders to tourists from countries deemed more secure in the fight against the coronavirus, possibly starting from June 22, the tourism ministry said on Wednesday.

After losing more than 27,000 people and months of economic activity to the epidemic, Spain had previously designated July 1 as the date to reopen to foreign tourism, which accounts for 12% of its output.

Prime Minister Pedro Sanchez’s government is due to lift a state of emergency on June 21, meaning that Spaniards will be able to start to move more freely again as the epeidemic recedes.

A tourism ministry spokesman said it was likely the same would start to apply to some foreigners on Monday June 22 or possibly as early as Sunday June 21.

“We want to reactivate and accelerate international mobility but starting with areas in similar epidemiological situations,” said the spokesman, whose ministry is also responsible for trade and industry.

Officials have said Spain is keen for travel protocols to be agreed on at the European level.

The Balearic archipelago around the island of Ibiza and the Canary Islands off the northwest coast of Africa are the most advanced in their preparations to be offered as a safe destination, the tourism ministry spokesman said.

Spain has spoken to airlines and tour operators, primarily in Germany, which has reported many fewer deaths from the pandemic than those seen in smaller countries including Spain and Italy, he said.

Spain has also discussed with Britain’s Jet2 how to re-start business, but is limited by the situation in Britain, where the COVID-19 death toll has passed 49,000, including suspected cases, according to a Reuters tally.