The Times of Earth, International Edition
0
786 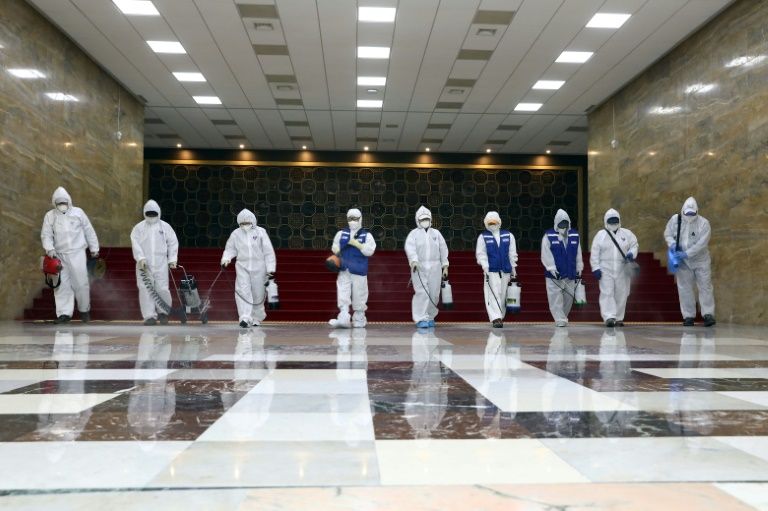 South Korea has an advanced medical system, a free press and a strong culture of public accountability, and observers say that its health statistics can be treated with confidence (AFP Photo)

More than 200,000 members of a shadowy religious sect were being checked for coronavirus symptoms by South Korean authorities Wednesday, as US commanders reported the first case among American forces in the country.

Most of South Korea’s novel coronavirus are linked to the Shincheonji Church of Jesus, an entity often accused of being a cult.

After days of mounting public anger Shincheonji — a secretive group which pursues converts surreptitiously — handed over a list of 212,000 members, the government said.

Local authorities across the country — which has more coronavirus cases than anywhere else outside China — will check if they have symptoms of fever or respiratory disease and put them in quarantine at home if so, said vice health minister Kim Gang-lip.-

Shincheonji claims its founder Lee Man-hee has donned the mantle of Jesus Christ and will take 144,000 people with him to heaven on the day of judgement.

A 61-year-old female member developed a fever on February 10, but attended at least four church services in Daegu — the country’s fourth-largest city and the epicentre of the outbreak — before being diagnosed.

The Korea Centers for Disease Control and Prevention (KCDC) reported 169 new infections Wednesday, taking the overall national tally to 1,146, adding an 11th person had died, a Mongolian man in his 30s who reports said had been awaiting a liver transplant.

The vast majority — 90 percent — of the new infections were in Daegu and the neighbouring province of North Gyeongsang, which between them account for the bulk of the national total.

An American soldier stationed at Camp Carroll 30 kilometres (19 miles) north of Daegu tested positive for the virus, commanders said, the first infection among the 28,500 troops Washington stations in the South to defend it against the nuclear-armed North.

The 23-year-old serviceman had been put in self-quarantine at his home, US Forces Korea said, adding it was conducting “contact tracing” to determine whether other soldiers had been exposed.

The streets of Daegu — population of 2.5 million — have been largely deserted for days, apart from long queues at the few shops with masks for sale.

Authorities have urged the public to exercise extra caution, advising citizens to stay home if they have a fever or respiratory symptoms.

But they say they are not considering putting the city in lockdown the way China did for Wuhan, where the virus first emerged.

Scores of events have been cancelled or postponed as the outbreak has spread in the world’s 12th-largest economy, from K-pop concerts to the start of the K-league football season and the World Team Table Tennis championships, while museums and other public venues have closed.

In Daegu, Prime Minister Chung Sye-kyun told a meeting the government would “mobilise all resources and means” to try to control the outbreak.

South Korea has an advanced medical system, a free press and a strong culture of public accountability, and observers say that its health statistics can be treated with confidence.

Death toll rises to 20 from Delhi riots during Trump trip