The Times of Earth, International Edition
0
1173 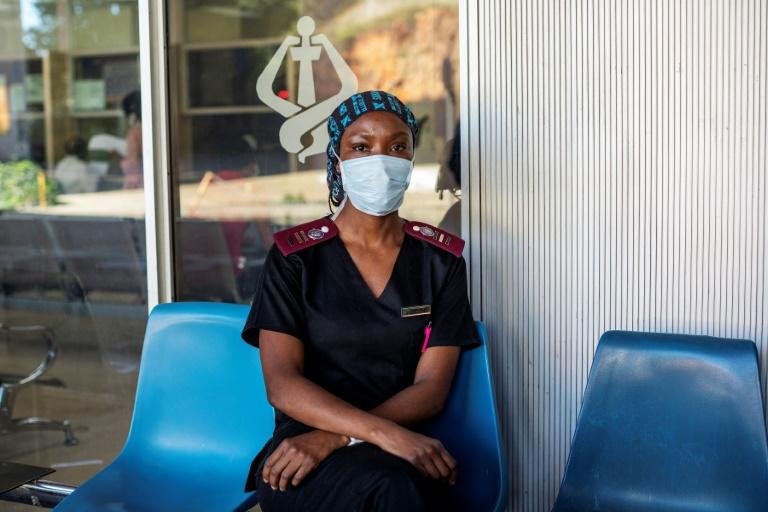 A handful of infections had snowballed to dozens in three days, catching hospitals off guard and exposing a glaring lack of preparedness.

Coronavirus has steadily spread across South Africa over the past two months, with 4,793 cases — the highest in the continent — and 90 deaths.

Almost five weeks of strict lockdown have slowed the increase, buying precious time for hospitals to prepare for an expected surge in infections.

“The lockdown has given us a chance to stock up on PPE (personal protective equipment), organise our wards and make sure our staff has been trained,” said Dr Feroza Motara, emergency department head at Charlotte Maxeke.

Epidemiologists say imposing the lockdown when cases were relatively few helped to temporarily flatten the curve.

They however warn of an exponential increase once restrictions are lifted — a move scheduled to begin gradually from May 1.

“We needed a bit of time to get prepared,” said the government’s chief COVID-19 advisor Salim Abdool Karim. “The key is going to be the extent to which we can prepare hospitals.”

At Charlotte Maxeke, a public facility, suspected patients are now swiftly directed to green tents put up outside and swabbed on the spot by nurses.

Karim predicted a peak of infections in July and feared the health system might not cope.

South Africa’s Health Minister Zweli Mkhize said at least 87,000 beds had been freed up for coronavirus patients at public institutions.

Field hospitals are being set up as triage facilities to avoid overburdening emergency rooms.

This week, the minister told parliament that 288 quarantine sites with 23,604 beds would be opened across the country.

“If people are not sick at the same time we can actually go quite a long way with those numbers (of beds),” Mkhize said.

Quarantine sites will mainly host mild or asymptomatic patients who cannot self-isolate — an issue for many dwellers living crammed in townships.

“We have quite a number who are in hospital not really because they are sick but simply because… they cannot self-isolate at home due to social conditions,” said Nosipho Dlamini, who manages Charlotte Maxeke’s emergency nursing staff.

“(Coronavirus) can overwhelm even the best-resourced health system within a matter of weeks,” Ramaphosa said. “It is precisely… what we have gone to great lengths to prevent.”

Over 80 percent of South Africa’s 57 million inhabitants have no health insurance and rely on public hospitals.

“We had to extend the casualty to the tents outside,” said nurse Dlamini, adding that both the pediatrics and gynaecology casualties had been moved.

Meanwhile, private healthcare providers have also been gearing up.

Anchen Laubscher, director of private hospital chain Netcare, told AFP the group had invested $8 million to “enhance the readiness” of its 1,200 ICUs and $16 million on protective equipment.

Staff at Charlotte Maxeke have relied on a mix of public funding, company and community donations to pull together a decent stock of PPE.

“There have been shortages of PPE around the entire world,” said ICU specialist Abdullah Laher. “It is always a concern for us.”

Keeping staff healthy will be key in South Africa, where hospitals were understaffed even before the pandemic.

Motara’s “big worry” was whether her colleagues would be safe, exhausted or suffer emotional trauma.

“Then of course there is the bigger picture,” she added. “Are we going to have enough PPE? Medication? Ventilators?”

Health expert Mosa Moshabela warned that some hospital workers were not being adequately prepared for the challenge ahead.

“What is really important is that health workers themselves learn to behave differently,” said Moshabela, public health dean at the University of KwaZulu-Natal.

“We have not taken enough time to teach them the extra skills and practices that will help them prevent infection.”

Nurse Dlamini took matters into her own hands and started weekly training sessions after some staff panicked and stopped coming to work.

“I think we are all worried at this point,” she said, adding: “But we have a job to do. This is what we signed up for.”