The Times of Earth, International Edition
0
1059 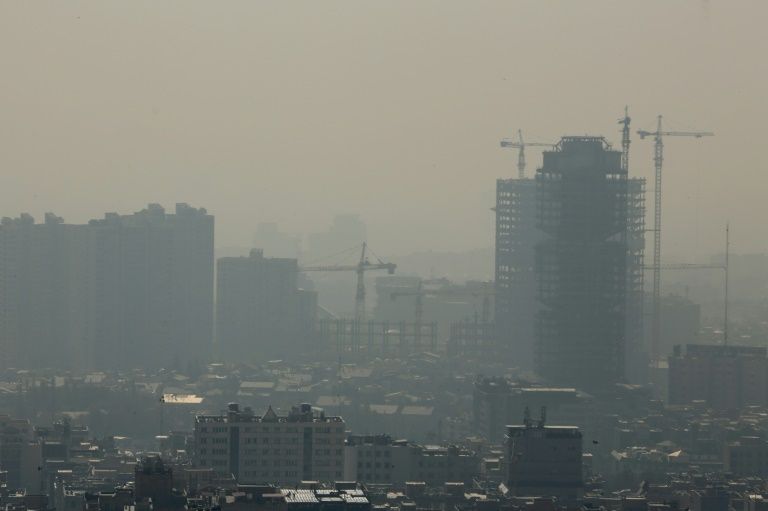 Air pollution forced schools to close on Sunday in parts of Iran including Tehran, state media reported, as the capital lay under a thick cloud of smog.

The pollution level in the capital was “unhealthy for sensitive groups” and officials warned the young, elderly and people with respiratory illnesses to stay indoors, with sporting activities suspended.

The decision to shut schools in the capital was announced late Saturday by deputy governor Mohammad Taghizadeh, after a meeting of an emergency committee on air pollution.

“All of (Tehran) province’s schools except for Firuzkuh and Damavand counties are closed for Sunday,” he said, quoted by state news agency IRNA.

Schools in the capital may stay closed on Monday, the third day of the Iranian working week, he added.

An “odd-even” traffic scheme based on vehicles’ registration numbers was imposed to restrict traffic in the capital, IRNA reported.

Taghizadeh added that all activities at Tehran province’s numerous sand quarries would also be halted.

A grey cloud hung over Tehran on Sunday, obstructing the view of the mountains overlooking the city to the north.

Average airborne concentration of the finest and most hazardous particles (PM2.5) was at 145 microgrammes per cubic metre for the 24 hours until Sunday noon, according to government website air.tehran.ir.

That is close to six times the World Health Organization’s recommended maximum of 25 microgrammes per m3.

Schools were also closed in the northern province of Alborz and in the central cities of Qom and Arak, IRNA reported.

Air pollution was the cause of nearly 30,000 deaths per year in Iranian cities, state media reported earlier this year, citing a health ministry official.

The problem worsens in Tehran during winter, cold air and a lack of wind traps hazardous smog over the city for days on end, a phenomenon known as thermal inversion.

Most of the city’s pollution is caused by heavy vehicles, motorbikes, refineries and power plants, according to a World Bank report released last year.