Six people killed in blast at restaurant in Somalia’s capital 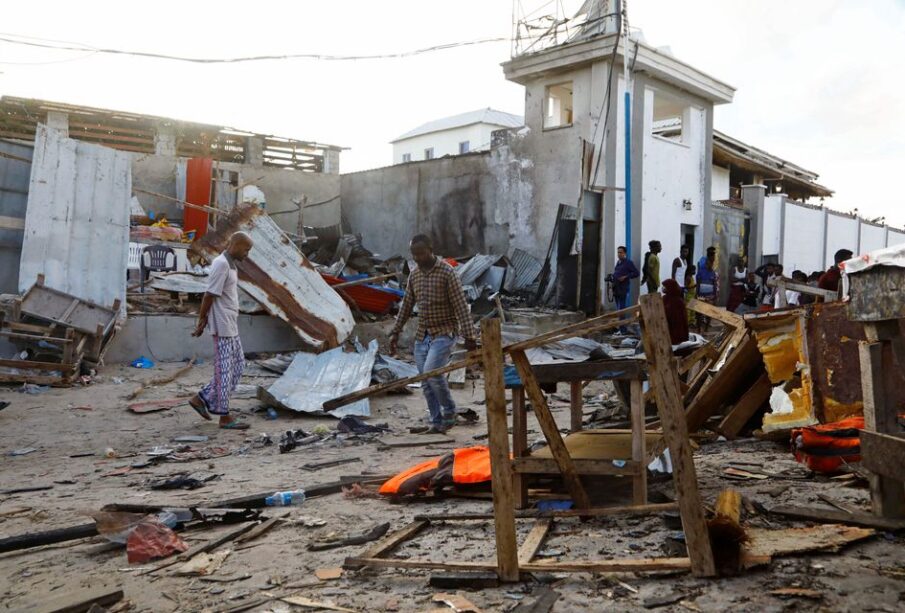 Bystanders walk through the scene of bombing at a seaside restaurant at Liido beach in Mogadishu, Somalia April 23, 2022. REUTERS/Feisal Omar

Six people were killed on Friday by a blast at a seaside restaurant in Somalia’s capital Mogadishu, an ambulance service official told Reuters.

“So far we have carried six dead civilians and seven others injured,” Abdikadir Abdirahman, director of Aamin Ambulance Service said.

Al Shabaab frequently carries out bombings in Mogadishu and elsewhere as part of its war against the Horn of Africa country’s central government.

The group has been fighting for years to topple the central government and establish its own rule based on its strict interpretation of Islam’s sharia law.

The Pescatore Seafood Restaurant, which opened recently in Lido Beach in Mogadishu’s south, was frequented by security and government officials.

It was unclear if there any high ranking officials or security personnel were among the dead or injured.

Last week hundreds of Somali lawmakers were finally sworn into office, paving the way for them to pick the country’s new leader, a process that has been delayed for months amid a power struggle between the current president and the prime minister.