The Times of Earth, International Edition
0
274 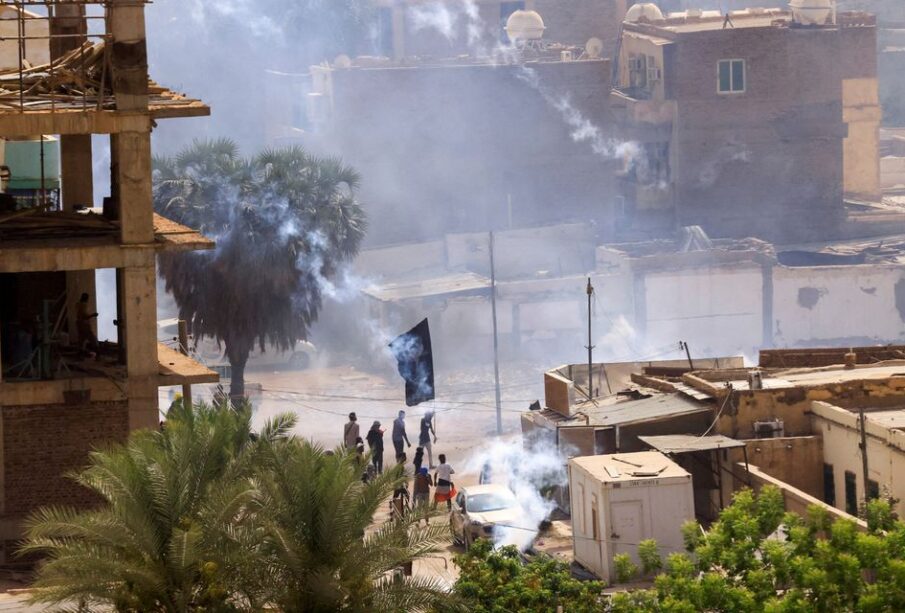 Protesters march during a rally against the country's military rulers in Khartoum, Sudan, May 19, 2022. REUTERS/Mohamed Nureldin Abdallah/File Photo

Security forces fanned out across a wide swathe of central Khartoum on Thursday, a Reuters reporter witnessed, as police attempted to block the latest protests against military rule in seven months.

Thousands of protesters, the most seen in about two months, the reporter said, marched towards the presidential palace in downtown Khartoum demonstrating for civilian leadership and against an Oct. 25 military coup.

“We will continue until the end,” said Abdallah Mohamed, a 28-year-old protester. “Either we die or we win civilian rule. Our only hope for life is to achieve democracy.”

The country remains without a prime minister since January, amid political deadlock and an economic spiral after military leadership removed a joint civilian and military-led government from power. An ongoing United Nations and African Union-sponsored process has yet to yield an agreement between the country’s main political factions and the military.

A Reuters reporter estimated that protesters were met with about 2,000 members of police as well as the Central Reserve Forces, which have been subject to U.S. sanctions for alleged human rights violations.

Security forces blanketed the residential neighborhoods around the protest route, aiming tear gas at protesters starting about 3.5 kilometers away from the palace.

Protesters continued marching for about 2 kilometers (1.2 miles), burning tires and tree branches to block roads along the way. Security forces could be seen chasing protesters down some side streets and some protesters were seen injured and carried away.

Local authorities have often stated that the downtown area, about a kilometer away from the palace, is restricted from protests for security reasons. Barbed wire and water trucks could be seen blocking the area.

At least 96 people have been killed in the protests since October by security forces, according to medics, and thousands have been injured. Lawyers say dozens of protesters and activists remain in detention.

The Central Committee of Sudanese Doctors said in a statement that tear gas was fired in front of Al-Jawda Hospital, known to treat injured protesters.