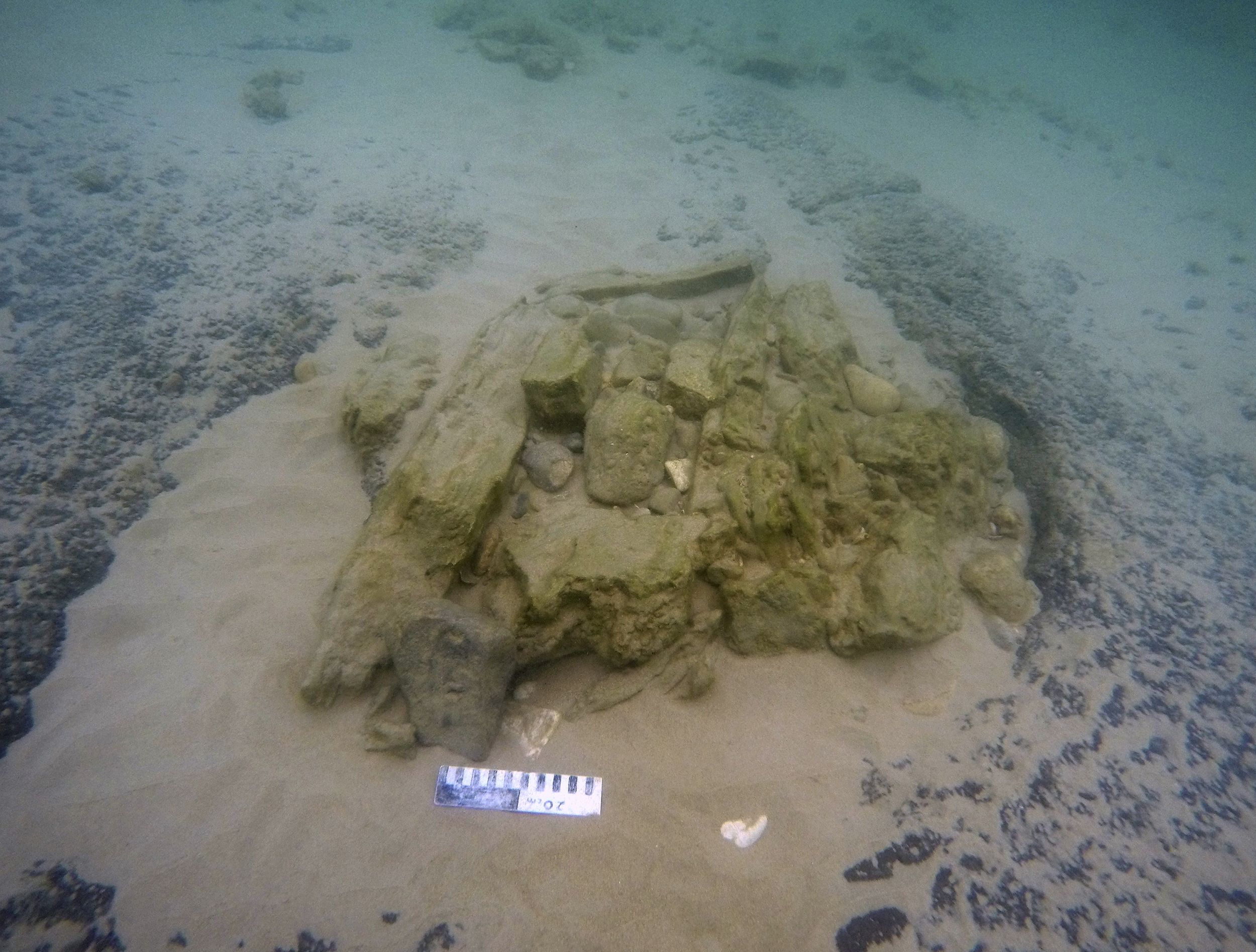 An international team of researchers says it has discovered a 7,000-year-old-seawall along Israel’s Mediterranean coast, providing evidence that coastal communities protected themselves against rising waters even in ancient times.

The scientists believe the more than 100-meter-long (110-yard-long) structure acted as a fortification against surging waters and storms. The study, published Wednesday in the Public Library of Science One journal, said the Neolithic era village, called Tel Hreiz, was abandoned and eventually swallowed by the sea.

“Here we have an example, a practical example of a process that is still going on. We can see a whole community which are now under the sea,” said Ehud Galili, lead researcher and archaeologist from Israel’s Haifa University.

The researchers believe the structure was built by villagers out of riverbed boulders found several kilometers (miles) away. The site lies just south of the northern Israeli port city of Haifa.

While seas were rising at a faster rate during the Neolithic period than they are today, the causes were much different, according to co-author Jonathan Benjamin from Flinders University in Australia.

“There’s a big difference between climate change and prehistory which was naturally occurring, and climate change now, which is due to this huge human intervention,” Benjamin said.

Still, similar to contemporary coastal communities, Benjamin said the villagers of Tel Hreiz had to make “the very human decision” to stay or go as the coastline receded.

The ancient settlement was first exposed in the mid 1960s and re-covered by thick sands. After winter storms along the coast in 2012 and 2015 moved these sediments, the structure was uncovered.

Archaeologists have also dug up pottery, animal and human remains that, based on carbon dating, are believed to be from the same settlement.

The community, Galili said, was an “early Mediterranean fishing village” which relied on farming, animal husbandry and exploitation of the land and sea. During the excavations, they also found early examples of olive oil extraction.

At first, researchers considered the possibility that the wall was built for other reasons like agriculture or protection from attackers. But Galili said that during this period, enemies would have come from land and not the sea. He also said there was no sign that the wall extended around the village to defend against land invasions. He concluded the wall “has no other function possible” except to protect against the elements.

Researchers say the seawall itself — found about 120 meters (130 yards) off the coast — is the only structure of its kind found in Israel’s coastal region, making it a “unique example” of the human response to the threat of shrinking coastlines in the Neolithic period.

Roland Gehrels, a physical geographer at Britain’s University of York who specializes in sea-level studies and was not involved in this study, called the discovery a “fascinating find.” He said, however, that the structure was more likely meant to protect against storms than gradually rising sea levels.

“I doubt that humans would have been able to notice this sea-level rise in their lifetime, but they were of course well aware of winter storms and the damage those caused,” he said.

Matteo Vacchi, an expert in coastal changes in the Mediterranean at the University of Pisa who also did not participate in the study, agreed the exact purpose of the seawall is hard to determine. “But what is interesting is that there was this kind of approach of coastal protection even in the Neolithic,” he said.