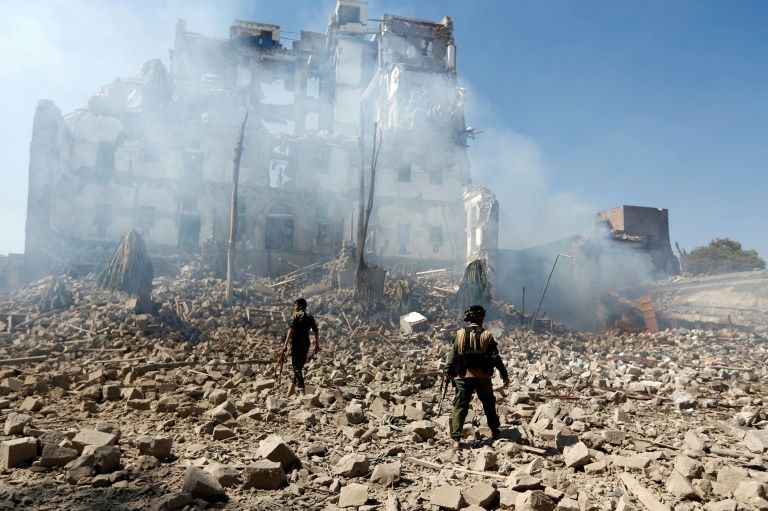 The Saudi-led coalition fighting Huthi rebels will put on trial military personnel suspected of being behind deadly air strikes on civilians in Yemen, where the UN has deplored horrific rights violations.

Wednesday’s announcement by coalition spokesman Turki al-Maliki is the first of its kind since the coalition, which includes the United Arab Emirates, first intervened in Yemen in March 2015 to shore up the government after the Iran-aligned Huthis seized the capital Sanaa.

“The judicial authorities have begun the procedures of the trial, and the judgements will be announced once they acquire the peremptory status,” Maliki, quoted by the official Saudi Press Agency, told journalists in London.

He said the trials would be based on the results of investigations by the Joint Incident Assessment Team (JIAT), which the coalition established but says operates independently.-

The cases being investigated include a 2018 air strike on a school bus in the northern region of Dahyan that killed at least 40 children, Saudi-based Arab News said.

They also include a raid on a wedding party the same year in the Huthi-controlled Bani Qais area of Hajja province, which left 20 dead, and the 2016 deadly bombing of a hospital supported by Doctors Without Borders (MSF), in which 19 people were killed,

The coalition is committed to holding responsible “violators… of international humanitarian law — if any — in accordance with the laws and regulations of each country in the coalition”, Maliki added.

The number of suspects and their nationalities were not immediately known.

The coalition is comprised of several Sunni Arab countries but its pillars are Saudi Arabia and the United Arab Emirates, who have since 2015 been using warplanes to strike targets in Yemen.

Since then, fighting has killed tens of thousands of people, most of them civilians, displaced millions and sparked what the UN calls the world’s worst humanitarian crisis.

Both the coalition and the rebels have been accused by the United Nations and rights groups of committing violations in Yemen that could amount to war crimes.

In September, UN war crimes investigators appointed by the UN Human Rights Council in 2017 said they had “identified, where possible, individuals who may be responsible for international crimes” and had provided the confidential list to UN rights chief Michelle Bachelet.

If confirmed by an independent and competent court, many of the violations identified “may result in individuals being held responsible for war crimes,” they said in a statement.

“There are no clean hands” in the conflict, one of the experts, Charles Garraway, told reporters at the time.

Both the Yemen government and the Saudi-led coalition refused to cooperate with the experts.

But the latter said they had based their findings on more than 600 interviews with victims and witnesses, as well as documentary and open-source material.

According to the experts, air strikes, indiscriminate shelling, snipers and landmines were terrorising civilians across Yemen, one of the most impoverished countries in the world.

They urged the international community to refrain from providing the parties at war in Yemen weapons that could be used in the conflict.

Saudi Arabia and the UAE have bought billions of dollars’ worth of weapons from the United States, France and Britain.