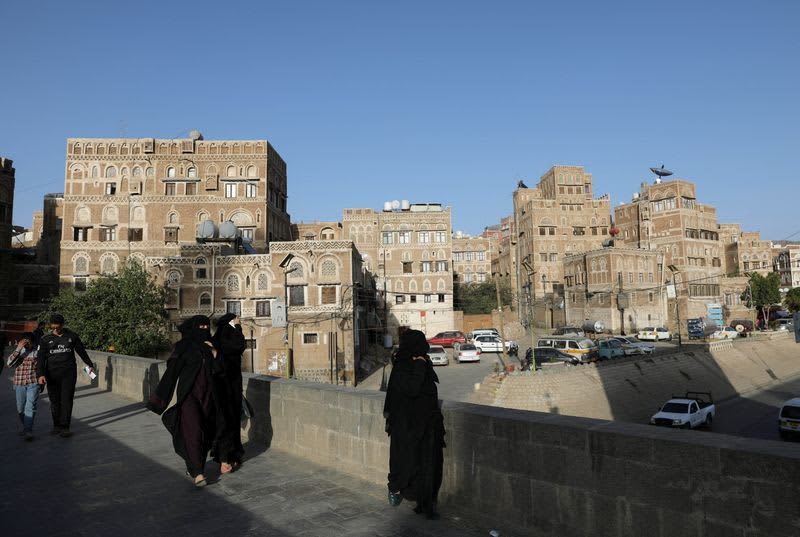 Saudi Arabia presented a new peace initiative on Monday to end the war in Yemen, including a nationwide ceasefire and the reopening of air and sea links, but its Houthi enemies said the offer did not appear to go far enough to lift a blockade.

The initiative, announced by Saudi Foreign Minister Prince Faisal bin Farhan Al Saud, would include reopening Sanaa airport, and allow fuel and food imports through Hodeidah port, both of which are controlled by the Iran-aligned Houthis.

Political negotiations between the Saudi-backed government and the Houthis would be restarted, he told a news conference, It would take effect when the Yemeni sides accepted.

But the Houthis said the initiative provided “nothing new”, as it still fell short of their demand for a complete lifting of the blockade on Sanaa airport and Hodeidah port.

“We expected that Saudi Arabia would announce an end to the blockade of ports and airports and an initiative to allow in 14 ships that are held by the coalition,” Houthi chief negotiator Mohammed Abdulsalam told Reuters.

A “humanitarian right” should not be used as a pressure tool, he said.

The group would continue to talk with the Saudis, the United States and mediator Oman for a peace agreement, he said.

Asked about Abdulsalam’s comments that the Houthis expected Saudi Arabia to completely lift the blockade of ports and airports, she said that “negotiations are ongoing” and Riyadh’s announcement was “one step in the right direction.”

The war has killed more than 100,000 people, many of them civiilians, according to The Armed Conflict Location & Event Data Project (ACLED), a database that tracks violence in Yemen

The conflict, widely seen as a proxy war between Saudi Arabia and Iran, has been stalemated for years and has left 80% of Yemen’s population reliant on aid. The Houthis say they are fighting a corrupt system and foreign aggression.

Saudi Arabia, which leads a military coalition battling the movement, has been under increasing pressure to put an end to the six-year-old conflict since U.S. President Joe Biden signalled Washington would no longer support the intervention and as the United Nations warns of a looming famine in Yemen.

Asked about Abdulsalam’s comments that the Houthis expected Saudi Arabia to completely lift the blockade of ports and airports, she said that “negotiations are ongoing” and Riyadh’s announcement was “one step in the right direction.”

Haq said the proposal is aligned with the U.N. initiative and that special envoy Martin Griffiths would now follow up with the warring parties.

Prince Faisal said Riyadh would work with the international community to press the Houthis “to accept and come to the negotiating table” and that the Saudi-led coalition would continue to face Houthi assaults “with the necessary response”.

The movement has stepped up drone and missile attacks on Saudi Arabia, including on oil facilities, and a ground offensive to seize Yemen’s gas-rich Marib region. The coalition has responded with air strikes on Houthi military sites.

The Houthis demand the lifting of the blockade, which they blame for what the United Nations describes as the world’s worst humanitarian crisis. The Saudi-led coalition and aid agencies have accused the group of obstructing aid efforts.

The coalition has said the port and airport must be restricted to prevent weapons from reaching the Houthis who control the capital and most populous areas.

Riyadh’s announcement did not specify which air routes would be permitted to Sanaa, or whether the imports through Hodeidah port would be subject to additional pre-authorisations.

The United Nations has already set up a mechanism in Djibouti to inspect ships before they dock at Hodeidah port, but coalition warships hold up most vessels despite U.N. clearance.

Prince Faisal said tax revenues from the port would go to a joint bank account in Hodeidah’s branch of Yemen’s central bank.