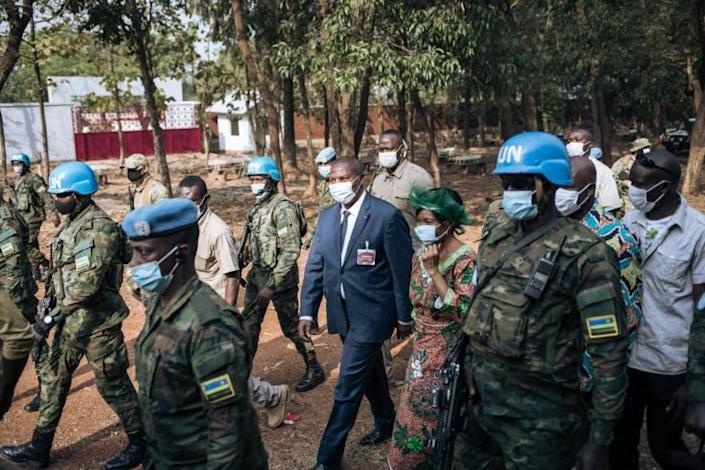 Rwandahas sent 300 troops to reinforce United Nations peacekeepers in the Central African Republic, where they will help protect a key highway supplying the capital, the UN said.

The deployment is part of a UN Security Council resolution in March to beef up the MINUSCA force in the CAR by around 3,000 men.

One of the world’s poorest countries, the CAR has been battered by civil conflict since 2013, with armed groups jockeying for resources and power.

“It’s the first part of the (Rwandan) unit which arrived today to secure the road between Bangui and Beloko,” a town on the Cameroon border, MINUSCA spokesman Abdoulaziz Fall told AFP late Tuesday.

The troops will remain for one year, he said.

“The rest of the (Rwandan) battalion of 450 troops will arrive by the end of the year.”

Fighting in the CAR has reduced in overall intensity since 2018, but the country remains troubled by serious flareups.

Last December, six armed groups teamed up in an offensive against President Faustin Archange Touadera in the runup to elections.

They advanced down the highway towards the capital but were thwarted by MINUSCA and government troops, backed by Russian and Rwandan personnel who were rushed to the CAR under bilateral security agreements.

The government forces then went on the offensive, retaking key towns from the rebels and wresting control of some of the territory they had occupied for years.

In recent weeks, rebel attacks have stepped up. On Saturday, at least six civilians were killed near the border with Cameroon, in the northwest of the country.

Beirut marks one year since port blast with anger and mourning