The Times of Earth, International Edition
0
620 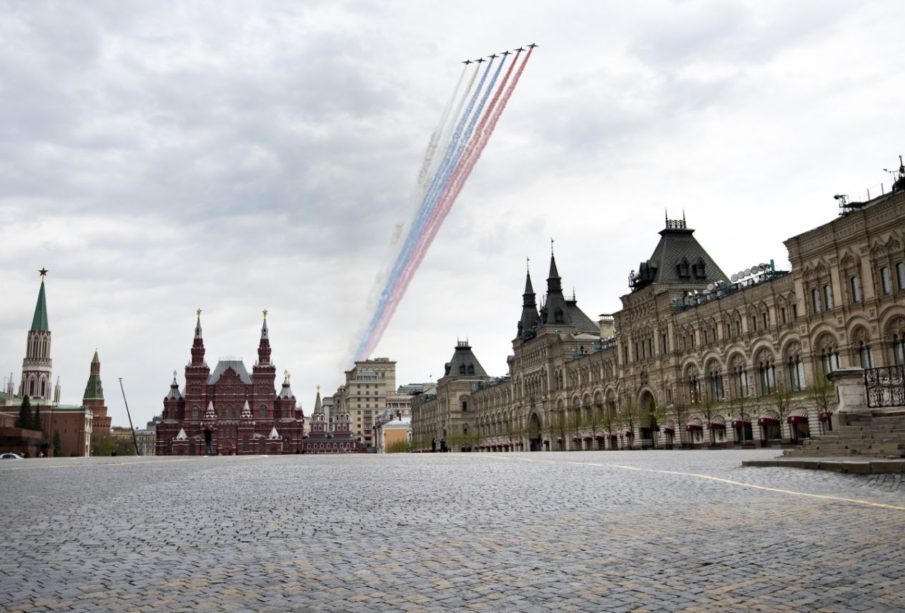 Russian warplanes fly over almost empty Red Square leaving trails of smoke in colors of national flag in Moscow, Russia, Monday, May 4, 2020. The Russian air force conducted a rehearsal for the flyover intended to mark the 75th anniversary of the victory over the Nazis on May 9, but the planned military parade is postponed due to the coronavirus outbreak, leaving only the flyby. (AP Photo/Alexander Zemlianichenko)

Russian officials on Monday reported a steady rise in the number of the new coronavirus infections that raises pressure on the nation’s health care system.

The number of infections has been rising quickly over the past few days, fueling concerns that the nation’s hospitals could be overwhelmed. The authorities have charged that broader testing has contributed to the recent surge in the new cases and insisted that hospitals so far have been coping with the influx of new cases.

Moscow Mayor Sergei Sobyanin said that the real number of infections in the capital could amount to 2% of its population. That would make more than 250,000 in the city of 13 million.

Some of the tests used in Russia reportedly were just 70-80% accurate, but Sobyanin said that the quality of tests has been improving.

In anticipation of a quick rise in the number of infections, the authorities in Moscow are rushing to turn a massive ice arena and several exhibition pavilions into temporary hospitals for coronavirus patients totaling 10,000 beds.

Russian officials have ordered to ready the total of 120,000 hospital beds across the country’s 82 regions to treat COVID-19 patients along with ventilators and other essential equipment. But many hospitals across the vast country have reported a shortage of equipment and protective gear.

Russia’s economy has been partially shut down since late March, and President Vladimir Putin extended the lockdown measures through May 11 to span the nation’s long public holidays. Officials have voiced fears that the holidays could cause a surge in contagion, and police have beefed up patrols to prevent lockdown violations.

Police in Moscow said they would use helicopters and drones to prevent big gatherings of people in city parks.

As the pandemic has engulfed Russia, Putin ordered the postponement of a huge Red Square military parade on May 9 marking the 75th anniversary of the World War II victory over the Nazis. The government only planned an air parade on May 9, and on Monday Russian warplanes streaked over the deserted Red Square in a rehearsal of the flyby.