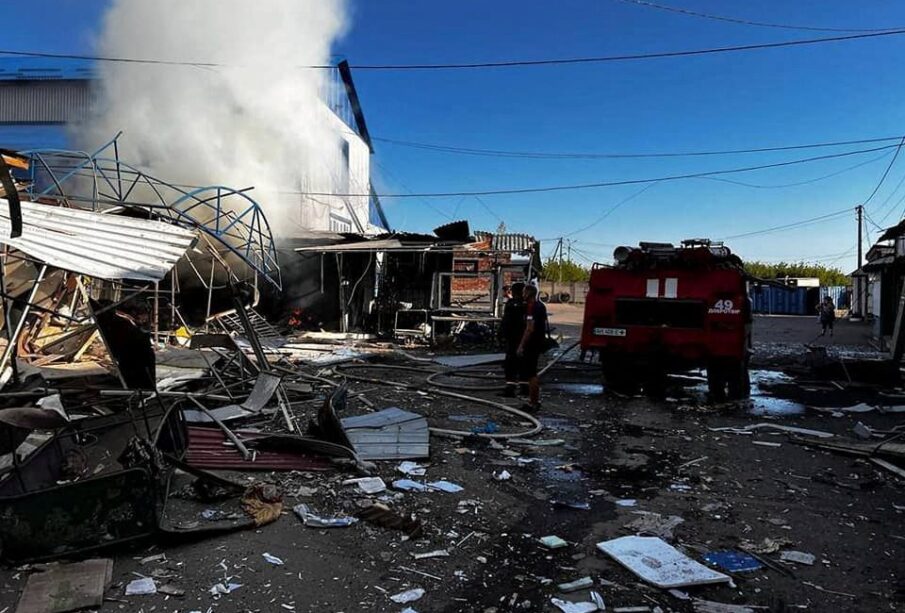 Firefighters work at a compound of a market destroyed by a Russian missile strike, as Russia's attack on Ukraine continues, in Bakhmut, Donetsk region, Ukraine July 30, 2022. Press service of the State Emergency Service of Ukraine/Handout via REUTERS

Russia has invited experts from the United Nations and the Red Cross to probe the deaths of dozens of Ukrainian prisoners in a jail held by Moscow-backed separatists, the defence ministry said on Sunday.

In a statement, the ministry said it was acting “in the interests of conducting an objective investigation” into what it called an attack on the jail earlier in the week.

The separatists put the death toll at 53 and accused Kyiv of hitting the prison with rockets. Ukraine’s armed forces denied responsibility, saying Russian artillery had targeted the prison to hide the mistreatment of those held there.