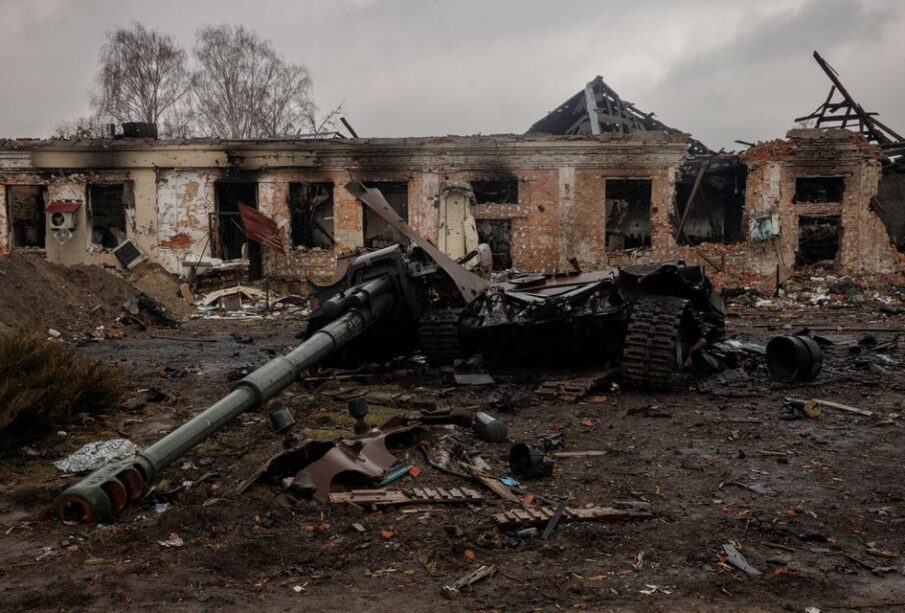 A wrecked Russian tank is seen in the demolished town center of Trostyanets after Ukrainian forces expelled Russian troops from the town which Russia had occupied at the beginning of its war with Ukraine, March 30, 2022. REUTERS/Thomas Peter

The Russian defence ministry said on Thursday its missiles had destroyed four fuel storage facilities in the Ukrainian cities of Mykolayiv, Kharkiv, Zaporizhzhia and Chuhuiv overnight.

The ministry said the facilities were used by Ukraine to supply its troops near the cities of Mykolaiv and Kharkiv and in the Donbas region in the far southeast.

Russia sent tens of thousands of troops into Ukraine on Feb. 24 in what it called a special operation to degrade its southern neighbour’s military capabilities and root out people it called dangerous nationalists.

Ukrainian forces have mounted stiff resistance and the West has imposed sweeping sanctions in an effort to force Russia to withdraw its forces.