The Times of Earth, International Edition
0
137 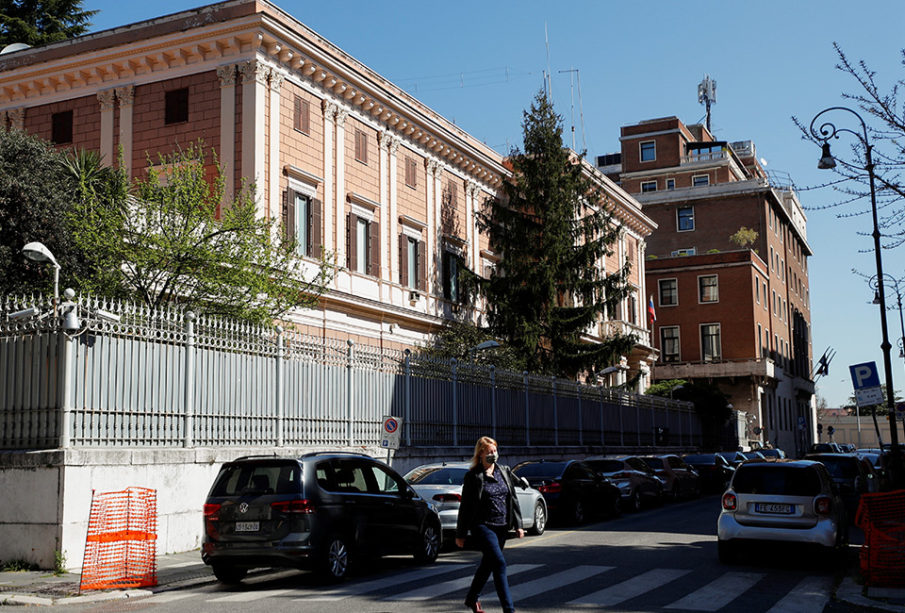 General view of the Russian Embassy after a Russian army official, who is accredited with the embassy, and an Italian navy captain were arrested on suspicion of spying, in Rome Italy on March 31, 2021 Reuters

Russia expelled an Italian diplomat on Monday and called in Italy’s ambassador to its foreign ministry over what it said was a groundless move by Rome to expel two Russian diplomats last month.

The expulsion of only one diplomat – Italy’s deputy naval attaché – may signal a desire by Moscow not to retaliate aggressively against a nation with which Russia traditionally has had warmer ties than with many other Western countries.

The Italian foreign ministry said the Russian move was unfounded and unjust.

Italian police said in March they had caught an Italian navy captain passing secret documents to a Russian military official in return for money.

The incident was the latest in a series of spying accusations in recent months against Russians in European countries.

Several former Soviet bloc countries have announced this month that they were expelling Russian diplomats, prompting Moscow to retaliate.

Moscow’s biggest diplomatic row right now is with the Czech Republic, which expelled 18 Russian diplomats and ordered Russia to remove most of its remaining diplomatic staff from Prague.

Prague accuses Russian intelligence of being behind a deadly blast at an ammunitions depot in 2014. Moscow has dismissed the accusations as absurd.

Europe open to all vaccinated visitors this summer