The Times of Earth, International Edition
0
581 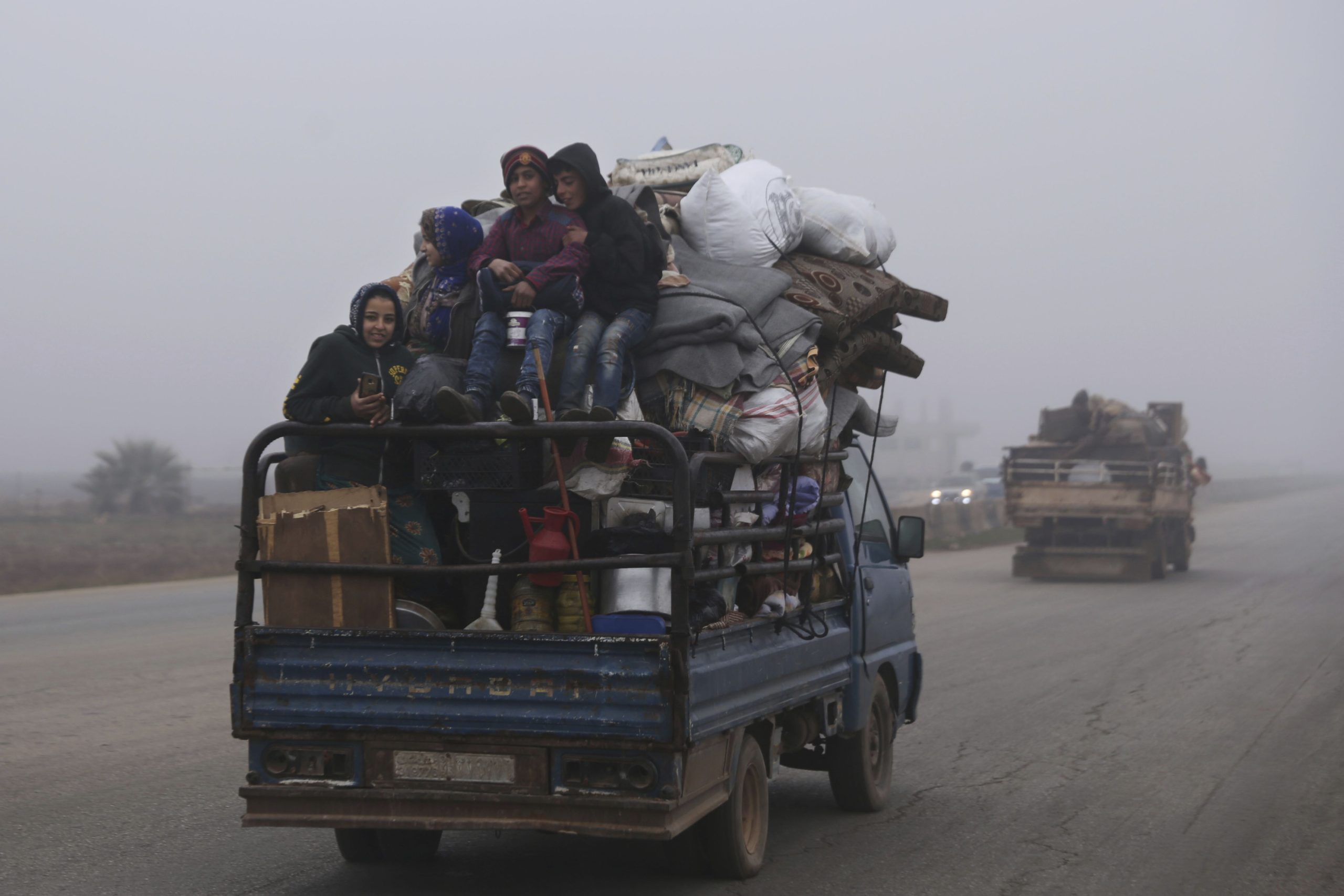 Syrian government forces pressed ahead Monday with a new military assault on the country’s last rebel stronghold that began last week. The offensive has triggered a mass exodus of civilians fleeing to safer areas near the Turkish border.

Under the cover of airstrikes and heavy shelling, Syrian troops have been pushing into the northwestern province of Idlib toward a major rebel-held town, Maaret al-Numan. The town sits on a key highway linking the capital Damascus with the northern city of Aleppo, Syria’s largest.

The immediate goal of Syrian President Bashar Assad’s forces appeared to be reopening the strategic highway, which has been closed by the rebels since 2012.

Idlib province is dominated by al-Qaida-linked militants. It’s also home to 3 million civilians, and the United Nations has warned of the growing risk of a humanitarian catastrophe along the Turkish border.

Residents of villages and towns in southern parts of Idlib province have been fleeing with their belongings in trucks, cars and on motorcycles.

The government’s ground offensive resumed last week after the collapse of a cease-fire, in place since the end of August.

Before this latest bout of violence, the U.N. reported that some 60,000 Idlib residents had already been displaced since the government’s bombing campaign began late last month.

The pro-government Al-Watan newspaper said Syrian troops were a few kilometers (miles) away from Maaret al-Numan, adding that the town “might surrender to the army without fighting.”

The opposition’s Syrian Civil Defense, also known as the White Helmets, said Maaret al-Numan and the nearby town of Sarqeb were almost empty after tens of thousands of civilians left to escape heavy aerial and ground bombardment.

“As you can see the destruction is massive. Residents were forced to flee this area,” said a member of the White Helmets in a video as he walked through Maaret al-Numan. “They had to choose between death or fleeing to the unknown further north.”

Syrian troops have also nearly surrounded a Turkish observation post near the village of Surman in Idlib province, according to Al-Watan and the Britain-based Syrian Observatory for Human Rights, an opposition war monitor.

Turkey is a strong backer of some rebel fighters, and has 12 observation posts in northwestern Syria as part of an agreement. The deal was brokered last year along with Russia, one of Assad’s main backers.

The Observatory, which has a network of activists in Syria, said government troops have captured approximately 35 villages and hamlets near Maaret al-Numan in the past few days.

Also Monday, a vehicle rigged with explosives blew up in a market in a northern Syrian town controlled by Turkey-backed opposition fighters, killing five people and wounding others, state media and opposition activists said.

State news agency SANA said the blast occurred in the village of Suluk near the Turkish border, putting the death toll at five people and reporting that several more were injured.

A similar death toll was also given by the Turkey-based Syrian National Coalition and the Observatory, which also said 20 people were wounded.

Suluk is near the Syrian border town of Tal Abyad in Raqqa province. Turkish troops and Turkey-backed fighters captured Tal Abyad and Suluk from Kurdish-led fighters in October. Turkey’s invasion of northeastern Syria pushed back Syrian Kurdish fighters from some border areas.

Turkey blames Syrian Kurdish fighters for these attacks, a claim that the Kurds deny.