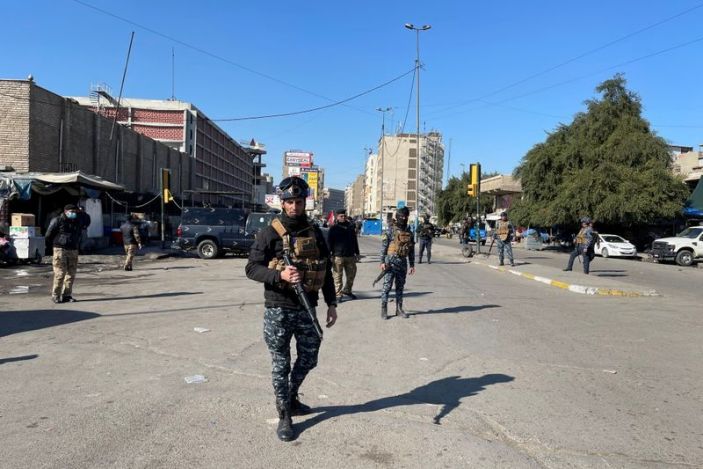 A twin suicide bombing killed at least 13 people and wounded more than 30 in a Baghdad market on Thursday in the first such attack in years, security and medical sources said.

There was no immediate claim of responsibility for the attack. Suicide bombings have been rare in the Iraqi capital since the defeat of Islamic State in 2017. The last took place in January 2018.

The Iraqi military said two attackers wearing explosive vests blew themselves up among shoppers at a crowded market in Tayaran Square in central Baghdad, adding that several people had been killed.

An interior ministry spokesman told Reuters the death toll was at least 13, saying that number was expected to rise as some wounded were in critical condition.

Baghdad has witnessed almost no such attacks since Iraqi forces and a U.S.-backed coalition drove the Islamic State militant group from territory it controlled in Iraq in 2017.

Kamala Harris is sworn in as U.S. vice president