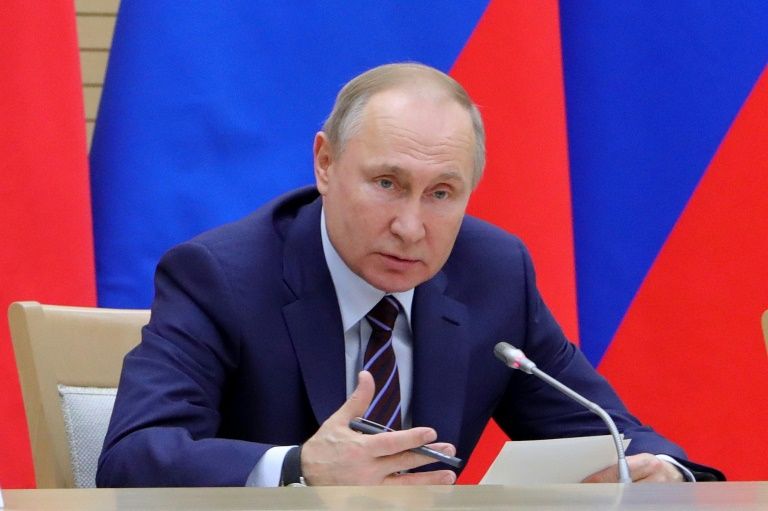 Putin tapped Mikhail Mishustin for the role as part of a series of bombshell announcements on Wednesday, which sparked speculation that Russia’s longtime leader could be preparing his own political future.

The lower house State Duma voted overwhelmingly to approve Mishustin as premier, less than 24 hours after Russia’s political order was shaken by Putin’s announcement of constitutional reforms and the resignation of the government.

No MPs voted against his candidacy, although Communist lawmakers abstained.-

Speaking before his approval, Mishustin called on parliament to work with him to urgently enact Putin’s programme.

“People should already now be feeling real changes for the better,” Mishustin said.

Putin’s current term as president ends in 2024 and observers say the 67-year-old could be laying the groundwork to assume a new position or remain in a powerful behind-the-scenes role.

Mishustin said his priority would be to “increase citizens’ real incomes” but also said the government must “restore trust” with the business community and drive innovation, echoing the state-of-the-nation speech when Putin announced the reforms.

He assured lawmakers that Russia can afford salary hikes and social payouts announced by Putin, estimating they will cost about four trillion rubles ($65 billion) over the next four years.

His appointment was finalised with a Putin decree. A second decree appointed Medvedev as deputy head of Russia’s Security Council — an advisory body — a post that was created for him.

In his state of the nation speech, Putin said he wanted more authority transferred to parliament from the president.

He also called for the power of the State Council to be expanded and enshrined in the constitution — adding to conjecture that Putin could take it over after 2024 to preserve power.

Outlining the proposals, which would be the first significant changes to the country’s constitution since it was adopted in 1993, Putin said there was a “demand for change” among Russians.

While his nominee Mishustin was speaking in parliament, Putin met his newly formed working group for amending the constitution.

Putin said the amendments “would have no effect on the foundations of the constitution” but would make authorities “more effective” and ensure Russia’s development.

He said Russia would remain a presidential republic following the reforms, but it would be parliament not the president who would be picking the government.

Independent political analyst Maria Lipman said the announcements indicated that Putin wanted to “stay on as number one in the country, without any competitors”.

She said he could be deliberately weakening the presidency before relinquishing the role.

Opposition leader Alexei Navalny said on Twitter that Putin’s only goal was to “remain the sole leader for life”.

Medvedev, prime minister since 2012, posted a parting message on his VK social networking page on Thursday, saying Putin’s plans “demand a new approach” and thanking cabinet ministers for their work.

Mishustin will have a week to propose a new government and ministers.

The former head of an investment group who trained as an engineer, Mishustin has a PhD in economics and has led Russia’s Federal Tax Service since 2010.

He shares Putin’s love for hockey and has played in matches with security services officials. Passionate about the digital economy, he has also composed music for pop songs, newspaper Vedomosti reported.

Navalny, who has alleged wide-scale corruption among Russia’s top politicians, on Thursday said Mishustin possesses a fortune inconsistent with his public service career and called on insiders to share information about his secrets.