Putin sees ‘a lot of issues’ at first summit with Biden

The Times of Earth, International Edition
0
373 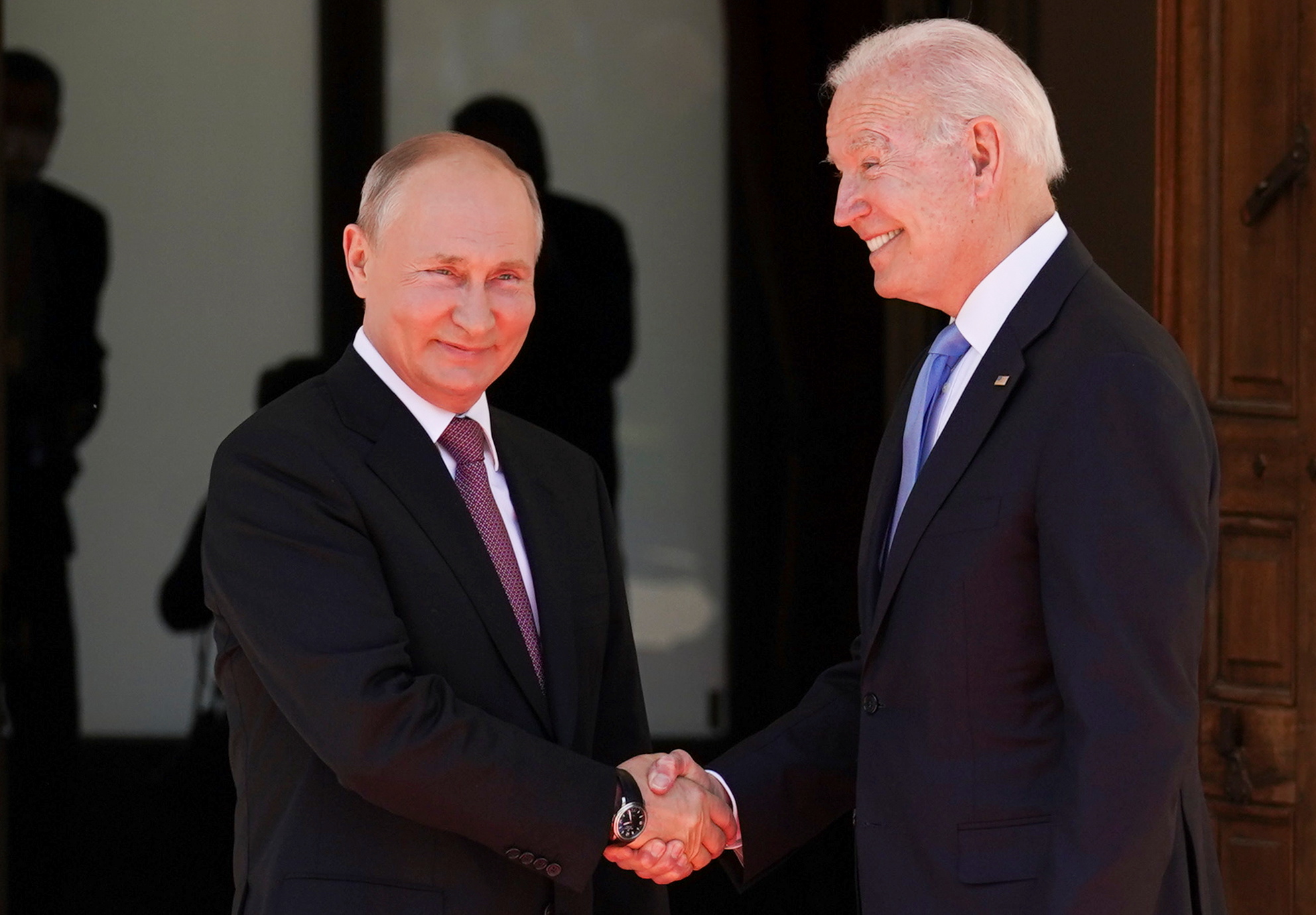 With deep disagreements likely and expectations of solving them low, U.S. President Joe Biden and Russian President Vladimir Putin sat down in a lakeside Geneva villa on Wednesday for their first summit since Biden took office.

Both have said they hope their talks can lead to more stable and predictable relations, even though they are at odds over everything from arms control and cyber-hacking to election interference and Ukraine.

Putin and Biden shook hands on arrival before going inside.

“Mr President, I’d like to thank you for your initiative to meet today,” Putin said, sitting next to Biden, adding: “U.S. and Russian relations have a lot of issues accumulated that require the highest level meeting.”

Biden said they would try to determine areas of cooperation and mutual interest. “It is always better to meet face to face.”

Aides had earlier downplayed hopes for the summit.

“We’re not expecting a big set of deliverables out of this meeting,” a senior U.S. official told reporters, saying the leaders were expected to talk for four or five hours.

“I’m not sure that any agreements will be reached,” said Putin’s foreign policy adviser, Yuri Ushakov.

Relations have been deteriorating for years, notably with Russia’s 2014 annexation of Crimea from Ukraine, its 2015 intervention in Syria and U.S. charges — denied by Moscow — of meddling in the 2016 election that brought Donald Trump to the White House.

They sank further in March when Biden said he thought Putin was a “killer,” prompting Russia to recall its ambassador to Washington for consultations. The United States recalled its ambassador in April.

The senior U.S. official said the United States was looking at “areas where working together can advance our national interests and make the world safer”.

Kremlin spokesman Dmitry Peskov said the two presidents would “need to determine how to proceed with the heads of the diplomatic missions”, according to Russian news agencies.

While the issues may be vexing, the immediate surroundings of Villa La Grange, an elegant mansion set in a 30-hectare (75-acre) park overlooking Lake Geneva, will be serene.

The summit perimeter was under heavy police guard.

After the bilateral meeting, Biden and Putin were due to lead discussions including their broader delegations, among them U.S. Secretary of State Antony Blinken and Russian Foreign Minister Sergei Lavrov, along with interpreters.

Arms control is one domain where progress has historically been possible despite wider disagreements.

In February, Russia and the United States extended for five years the New START treaty, which caps the number of strategic nuclear warheads they can deploy and limits the land- and submarine-based missiles and bombers to deliver them.

In a sign of the strain in ties, the talks will not include any meals, and Putin and Biden are expected to hold separate news conferences rather than a joint one.

“No breaking of bread,” said the senior U.S. official.

Vladimir Frolov, a former Russian diplomat, told Reuters Putin wanted Russia to be treated with respect, as members of the Soviet Politburo were in the 1960s-1980s, with “a symbolic recognition of Russia’s geopolitical parity with the U.S.”.

“In exchange, they (Moscow) would be willing to cut back on some of the loony stuff,” Frolov said. This might mean “no poisonings, no physical violence, no arrests/kidnappings of U.S. and Russian nationals; no interference in domestic politics”.

“The principal takeaway, in the positive sense, from the Geneva meeting would be making sure that the United States and Russia did not come to blows physically, so that a military collision is averted,” he said.

In contrast to Trump, whose 2018 summit with Putin in Helsinki included a meeting accompanied only by interpreters, Biden and Putin are not expected to have any solo dealings.

Standing beside Putin in Helsinki, Trump refused to blame him for meddling in the 2016 U.S. election, casting doubt on the findings of his own intelligence agencies and sparking a storm of domestic criticism.