Putin is open to talks and diplomacy on Ukraine, Kremlin says

The Times of Earth, International Edition
0
1290 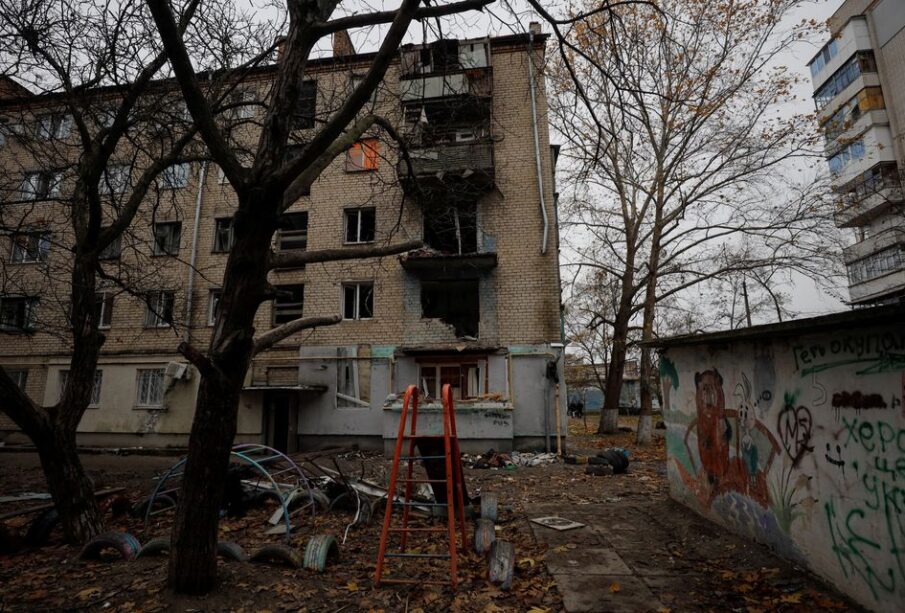 Russian President Vladimir Putin is “open to negotiations” on Ukraine but the West must accept Moscow’s demands, the Kremlin said on Friday, a day after U.S. President Joe Biden said he was willing to talk if Putin were looking for a way to end the war.

Speaking after talks on Thursday at the White House with French President Emmanuel Macron, Biden said he was ready to speak with Putin “if in fact there is an interest in him deciding he’s looking for a way to end the war”, adding the Russian leader “hasn’t done that yet”.

Biden has not spoken directly with Putin since Russia invaded Ukraine on Feb. 24. In March, Biden branded Putin a “butcher” who “cannot stay in power”.

Now, after more than nine months of fighting and with winter tightening its grip, Western countries are trying to boost aid for Ukraine as it reels from Russian missile and drone attacks targeting key energy infrastructure that have left millions without heating, electricity and water.

Fighting is raging in eastern Ukraine, with the town of Bakhmut the main target of Moscow’s artillery attacks, while Russian forces in the southern Kherson and Zaporizhzhia regions remain on the defensive, Ukraine’s General Staff said in its latest battlefield update.

In a bid to reduce the money available for Moscow’s war effort, the European Union has tentatively agreed to a $60 a barrel price cap on Russian seaborne oil, diplomats said. The measure will need to be approved by all EU governments in a written procedure by Friday.

In Moscow’s first public response to Biden’s overture, Kremlin spokesman Dmitry Peskov told reporters: “The president of the Russian Federation has always been, is and remains open to negotiations in order to ensure our interests.”

However Peskov said the U.S. refusal to recognise annexed territory in Ukraine as Russian was hindering a search for ways to end the war. Moscow has previously sought sweeping security guarantees including a reversal of NATO’s eastern enlargement.

Putin told German Chancellor Olaf Scholz in a phone call on Friday that the Western line on Ukraine was “destructive” and urged Berlin to rethink its approach, the Kremlin said.

In Berlin’s readout on the call, Scholz’s spokesperson said the chancellor had condemned Russian air strikes against civilian infrastructure and called for a diplomatic solution to the war “including a withdrawal of Russian troops”.

Separately, the German government confirmed it was preparing to deliver seven Gepard tanks to Ukraine, adding to the 30 air-defence tanks already being used to fight Russian forces.

Putin has said he has no regrets about launching what he calls a “special military operation” to disarm and “denazify” Ukraine. He casts the war as a watershed moment when Russia finally stood up to an arrogant West after decades of humiliation following the 1991 fall of the Soviet Union.

Ukraine and the West say Putin has no justification for what they cast as an imperial-style war of occupation in which thousands of civilians have been killed. Kyiv says it will fight until the last Russian soldier is ejected from its territory.

“Our desire to live freely… will not be broken. Ukrainians will never again be a tiny stone in some empire,” President Volodymyr Zelenskiy said late on Thursday in a message marking the 31st anniversary of Ukraine voting overwhelmingly in favour of independence from the Moscow-led Soviet Union.

Biden and Macron said in a joint statement after their talks on Thursday they were determined to hold Russia to account “for widely documented atrocities and war crimes, committed both by its regular armed forces and by its proxies” in Ukraine.

Russia’s foreign ministry said on Friday it was “outraged” by a statement from the French foreign ministry that supported European Union plans to create a tribunal on possible crimes committed by Moscow in Ukraine.

The International Atomic Energy Agency said it hopes to reach an agreement with Russia and Ukraine to create a protection zone at the Zaporizhzhia nuclear power plant, Europe’s largest, by the end of the year.

Repeated shelling around the Russian-held plant has raised concern about the potential for a grave accident just 500 km (300 miles) from the site of the world’s worst nuclear accident, the 1986 Chornobyl disaster.

Three people were killed and seven wounded in Russian shelling of the southern Ukrainian region of Kherson over the past 24 hours, the regional governor said on Friday.

The regional capital of Kherson – liberated by Ukrainian forces in mid-November – and other parts of the region were bombarded 42 times in the same period, Governor Yaroslav Yanushevych wrote on the Telegram messaging app.

Russia has recently intensified a campaign to knock out power, water and heat supplies in Ukrainian cities. Ukraine and the West say the strategy deliberately intends to harm civilians, a war crime, something Moscow denies.

The attacks on infrastructure are likely to increase the cost to keep Ukraine’s economy going next year by up to $1 billion a month, and aid to the country would need to be “front-loaded”, IMF head Kristalina Georgieva told the Reuters NEXT conference on Thursday.