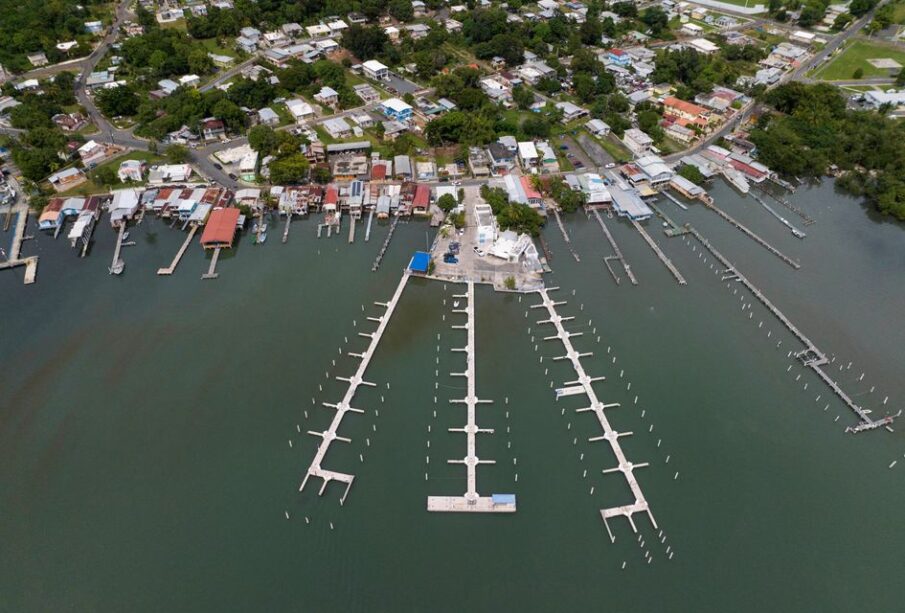 Tropical storm Fiona gained strength on Saturday as it headed toward Puerto Rico, prompting the National Hurricane Center (NHC) to issue a hurricane warning and alerts for “life threatening floods and mudslides” for the U.S. territory and watches for the U.S. Virgin Islands.

One man was found dead in the French Caribbean island of Guadeloupe, after heavy rains from the massive storm swept away his house in the Basse-Terre district, according to local authorities.

The storm was about 75 miles (120 km) southeast of St Croix and about 150 miles (240 km) southeast of Puerto Rico with maximum sustained winds of 60 mph (95 kph) as of Saturday night, according to NHC. It was expected to become a hurricane on Sunday and into Sunday night, as it moves near Puerto Rico. A storm is considered a Category 1 hurricane when sustained windspeeds reach 74 mph or greater.

The island was braced for up to 20 inches (50 cm) of rain and high winds that could bring flooding, mudslides and power outages.

“Hurricane conditions are expected across portions of Puerto Rico Sunday and Sunday night, and are possible across the U.S. Virgin Islands (Saturday night) and Sunday,” NHC said.

Heavy rains from Fiona were also due to spread to the Dominican Republican on Sunday and to the Turks and Caicos Islands on Monday night.

The government of the Dominican Republic issued a hurricane warning for the east of the country, from Cabo Caucedo to Cabo Frances Viejo, NHC said.

On Saturday, residents in Puerto Rico were bracing for severe power outages as the island’s grid remained fragile after Hurricane Maria in September 2017 caused the largest blackout in U.S. history. In that category 5 storm, 1.5 million customers lost electricity with 80% of power lines knocked out.

Authorities have opened about 80 shelters and closed beaches and casinos, and residents were urged to seek shelter.

Governor Pedro Pierluisi signed a state of emergency on Saturday warning residents, “We should not underestimate this storm in the least. The government is active and prepared to respond to the emergency.”

He added, “We expect that during the night, the winds and rain will intensify,” and “we all want the (electric) service to improve, but now what is important is the response, that we are prepared.”

Abner Gomez, a spokesman for LUMA Energy, operator of the island’s power grid, said the storm will cause outages, “But we will be ready to respond.”

“The same thing that happened during Maria is not going to happen here,” Gomez said.