The Times of Earth, International Edition
0
477 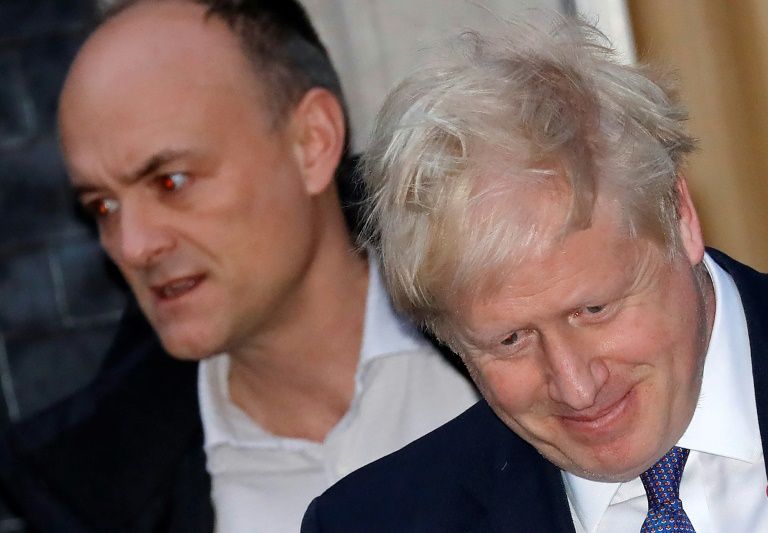 The British government has so far rejected calls to sack Cummings after he travelled across the country with his wife while she was suffering from symptoms of the disease when the official advice is to stay at home.

But in a change of plan, Johnson will now conduct Sunday’s regular virus media briefing after Cummings earlier drove to Downing Street, raising speculation that he was on his way out as MPs from his own party called for his head.

Cummings was seen with his young son close to his parents’ home in Durham, northeastern England, more than 250 miles (400 kilometres) away from his London home on March 31, the day after he himself reported suffering symptoms.

The Observer and Sunday Mirror reported that he had broken lockdown restrictions again and was seen in Durham a second time on April 19, days after he had returned to work in London following his first trip north.

A named witness told the newspapers that Cummings was also spotted in the town of Barnard Castle, 30 kilometres from Durham, on April 12.

Cummings has been a highly divisive figure in British politics since masterminding the successful 2016 Brexit campaign alongside Johnson, who brought him in as his top adviser after coming to power last year.

Under lockdown rules brought in on March 23, anyone with symptoms must self-isolate in their own homes. And people aged over 70 — as Cummings’ parents are — are not allowed to receive visitors.

Downing Street said his actions were within the guidelines because he and his wife were safeguarding their young son in case both became too ill to look after him.

Deputy chief medical officer Jenny Harries suggested there was some room for manoeuvre if both parents were ill, saying “all guidance has a common sense element to it, which includes safeguarding around adults or children” — although Cummings was believed to be asymptomatic when the family made the journey.

Cabinet ministers had defended his actions, with foreign minister Dominic Raab tweeting that “two parents with coronavirus were anxiously taking care of their young child.”

However, Tory MP Steve Baker, a staunch Brexiteer but critic of Cummings, demanded that he be sacked.

“Enormous political capital is being expended saving someone who has boasted of making decisions beyond his competence and who clearly broke at the very least the guidance which kept mums and dads at home,” he wrote in The Critic.

His criticism was retweeted by fellow Tory MP William Wragg while another, Craig Whittaker, tweeted that “you cannot advise the nation one thing then do the opposite”.

Cummings also denied reports in The Guardian newspaper that police had spoken directly to him or his family about a tip off they received on March 31 that he was in Durham.

The force insists they spoke to Cummings’s father on the telephone but Shapps said on Sunday that it was the family who had initiated the contact to talk about security arrangements.

Cummings on Saturday told a throng of reporters while leaving his house that it was “a question of doing the right thing, it’s not about what you guys think”, while rebuking the group for not obeying social distancing rules.

Downing Street revealed at the end of March that Cummings was self-isolating with virus symptoms. Johnson was also infected and ended up in intensive care.