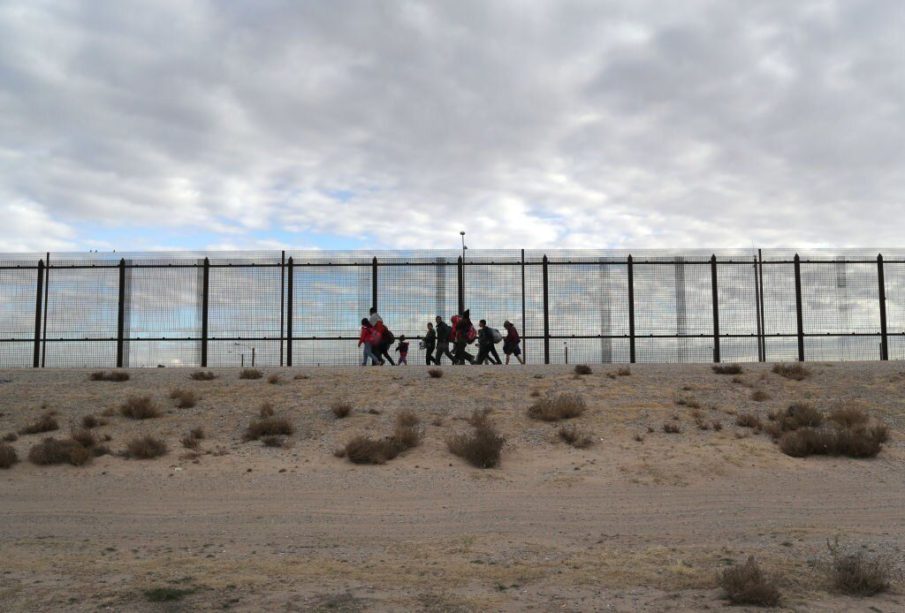 A 19-year-old pregnant woman from Guatemala died this week from injuries suffered when she fell trying to climb the U.S. border wall near El Paso, Texas, U.S. and Guatemalan authorities said Thursday.

Guatemala identified the woman as Mirian Stephany Girón Luna. Medical personnel tried to deliver her baby, but were unsuccessful, both governments said. The U.S. said Girón was eight months pregnant, while Guatemalan authorities said she was at seven months.

U.S. Customs and Border Protection blamed Girón’s death on human smugglers who encouraged her to try to climb the wall. In a statement, Gloria Chavez, the chief for the Border Patrol’s El Paso sector, said the authorities would work with Mexico “to find those responsible for placing these lives in danger.”

CBP Acting Commissioner Mark Morgan told reporters that Girón and her partner were taken to the border by smugglers and left there in the darkness. They were attempting to climb when she fell. Border Patrol agents reached her and called medical authorities, who took her to the hospital but “tragically, the mother and the child died from their injuries from the fall,” he said.

According to Guatemalan authorities, Girón fell more than 19 feet (6 meters) on Saturday. Her partner, who is believed to have been the baby’s father, eventually found Border Patrol agents who called for an ambulance.

Girón suffered a cerebral hemorrhage, a pelvis fracture, and liver and kidney lacerations. Guatemala says “surgical interventions” could not save her life and she died Tuesday afternoon.

Girón is from Guatemala’s San Marcos department, near the country’s border with Mexico. CBP says it has no record of her trying to enter the U.S. at an official port of entry or having been placed in the “Remain in Mexico” program, in which tens of thousands of migrants have been forced to pursue their immigration cases from Mexico.

“He said that if he had known that the risks were this high, he would not have done it,” Paniagua said.

Paniagua said he could recall at least seven cases this year in which Guatemalans had injured themselves trying to climb U.S. border walls. He says such cases are rising because more migrants from Guatemala and other Central American countries wracked by violence and poverty no longer surrender en masse to the Border Patrol.

Policy changes such as “Remain in Mexico” and a ban on many asylum claims have made it more difficult for many people to remain in the U.S. once they are caught.

The U.S. has already built or replaced about 135 miles (220 kilometers) of border barriers with Mexico, with several contracts awarded for more construction. Much of the border in and around El Paso, across from Ciudad Juarez, Mexico, already has some form of fencing.

As it grapples with the coronavirus pandemic, President Donald Trump’s administration has continued to promote the border wall and move to condemn land for construction. Responding to a post linking the wall to stopping the coronavirus, Trump tweeted Tuesday, “We need the Wall more than ever!” There is no evidence that an expanded border wall would prevent the spread of the virus, and the U.S. has reported far more coronavirus cases than Mexico.