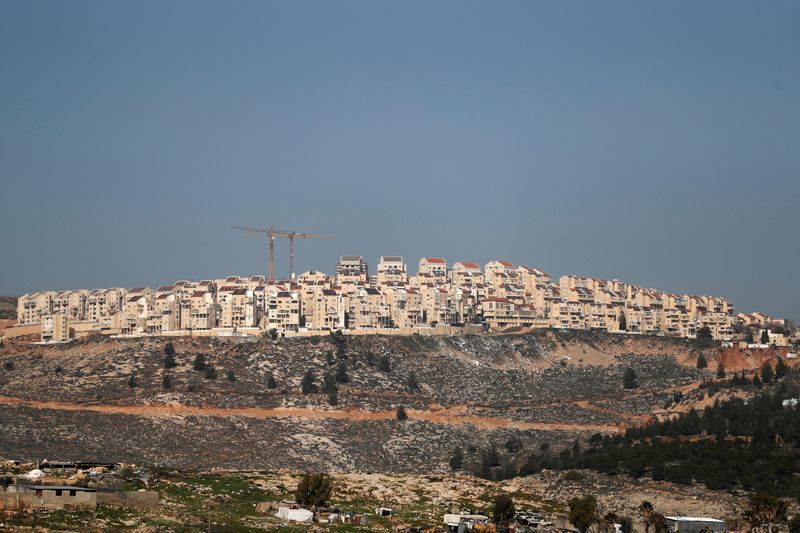 Mike Pompeo on Thursday paid the first visit by a U.S. secretary of state to an Israeli settlement in the occupied West Bank, in a parting show of solidarity with Prime Minister Benjamin Netanyahu by the outgoing Trump administration.

Palestinians accused Pompeo of helping Israel to cement its control over West Bank land that they seek for a state after he made a trip to the Shaar Binyamin winery near the settlement of Psagot, just north of Jerusalem.

To Israel’s delight and Palestinian dismay, Pompeo in 2019 broke with decades of American foreign policy to announce that the U.S. under President Donald Trump no longer viewed Israel’s settlements as “inconsistent with international law”.

Palestinians and much of the world regard the settlements as illegal under international law.

After meeting with Netanyahu on Thursday morning Pompeo travelled to the West Bank to visit the settler winery, which has a blend named after him.

He also issued guidelines for Israeli products made in settlements to be labelled “Made in Israel” or “Product of Israel” when imported to the United States, removing the distinction between products made within Israel and those produced in occupied territory.

Pompeo’s visit departed from past policy that had kept top U.S. officials away from settlements, which Palestinians view as obstacles to a viable future state.

“Pompeo is intoxicated by apartheid wine stolen from Palestinian land. It is opportunistic and self-serving, and it damages the chances for peace,” Ashrawi told Reuters.

“This is totally rejected. It reaffirms the partnership between President Trump and the occupation,” he said.

It is unclear whether Trump’s decision on settlements would be reversed by a Biden administration, amid Israeli concerns he will take a tougher line on the issue.

Before heading to the West Bank, Pompeo said he also intended to visit the Israeli-occupied Golan Heights.

In 2019 Trump formally recognised Israel’s sovereignty over the area of the strategic plateau that it captured from Syria in 1967 and later annexed in a move not recognised by the United Nations and most countries.

“The simple recognition of this as part of Israel, too, was a decision President Trump made that is historically important and simply a recognition of reality,” Pompeo said on Thursday.

But many Israelis viewed Trump’s election defeat with dismay, and his close ally Netanyahu waited 10 days after Joe Biden declared victory to speak with the Democratic candidate and refer to him as president-elect.

“I want you to know that we will immediately take steps to identify organisations that engage in hateful BDS (Boycott, Divestment and Sanctions) conduct and withdraw U.S. government support,” he said.

“We will regard the global anti-Israel BDS campaign as anti-Semitic,” Pompeo said. BDS supporters dispute that, saying they are against all forms of racism.

“Instead of combating systemic racism and far-right extremism in the United States, the Trump administration is undermining the common fight against the scourge of antisemitism by equating it with peaceful advocacy of boycotts,” said Eric Goldstein, the group’s acting Middle East and North Africa director.

Peace was swift in Ethiopia under Abiy. War was, too.