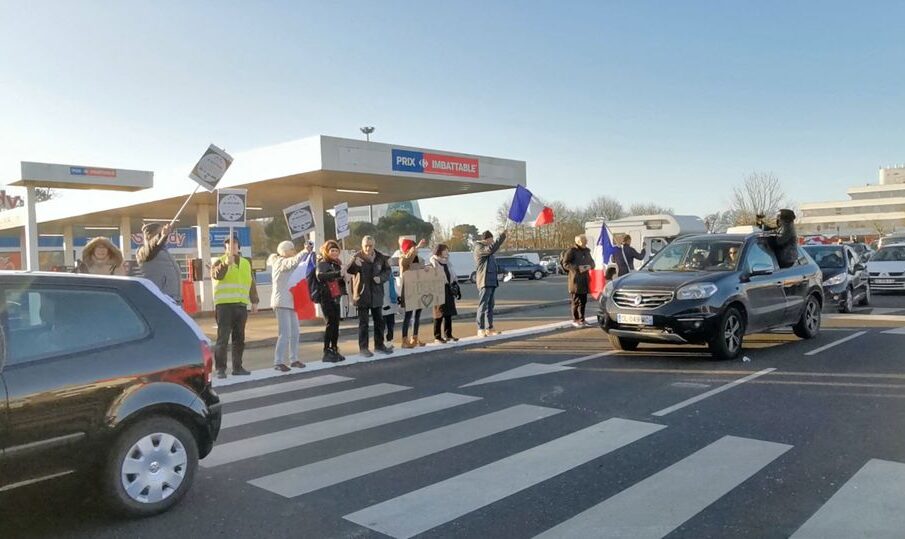 People gather as a vehicle convoy with French and Canadian flags passes, in Nantes, France, February 11, 2022 in this still image obtained from a video posted on social media. Photos Souvenir/via REUTERS

Police said they stopped 500 vehicles that were trying to get into Paris on Saturday in a ‘freedom convoy’ protest against COVID-19 restrictions.

The vehicles were intercepted at three entry points into the French capital and more than 150 tickets were handed out, police said on Twitter.

Police have mobilised thousands of officers, set up checkpoints and deployed armoured personnel carriers and water cannon trucks in preparation for the protests.

Inspired by horn-blaring “Freedom Convoy” demonstrations in Canada, the motorists – from numerous cities across France – were seeking to defy a police order not to enter the city.